12 teams were registered for the Doubles League

Josef Cassar and Miguel Grech started the league well when netting more than 2kgs of small mullets from Bahar Ic-Caghaq in the first match.

Then it was again the unstoppable pair Brian Farrugia and Sandro Zammit who neared the 6kgs from Manoel Island. 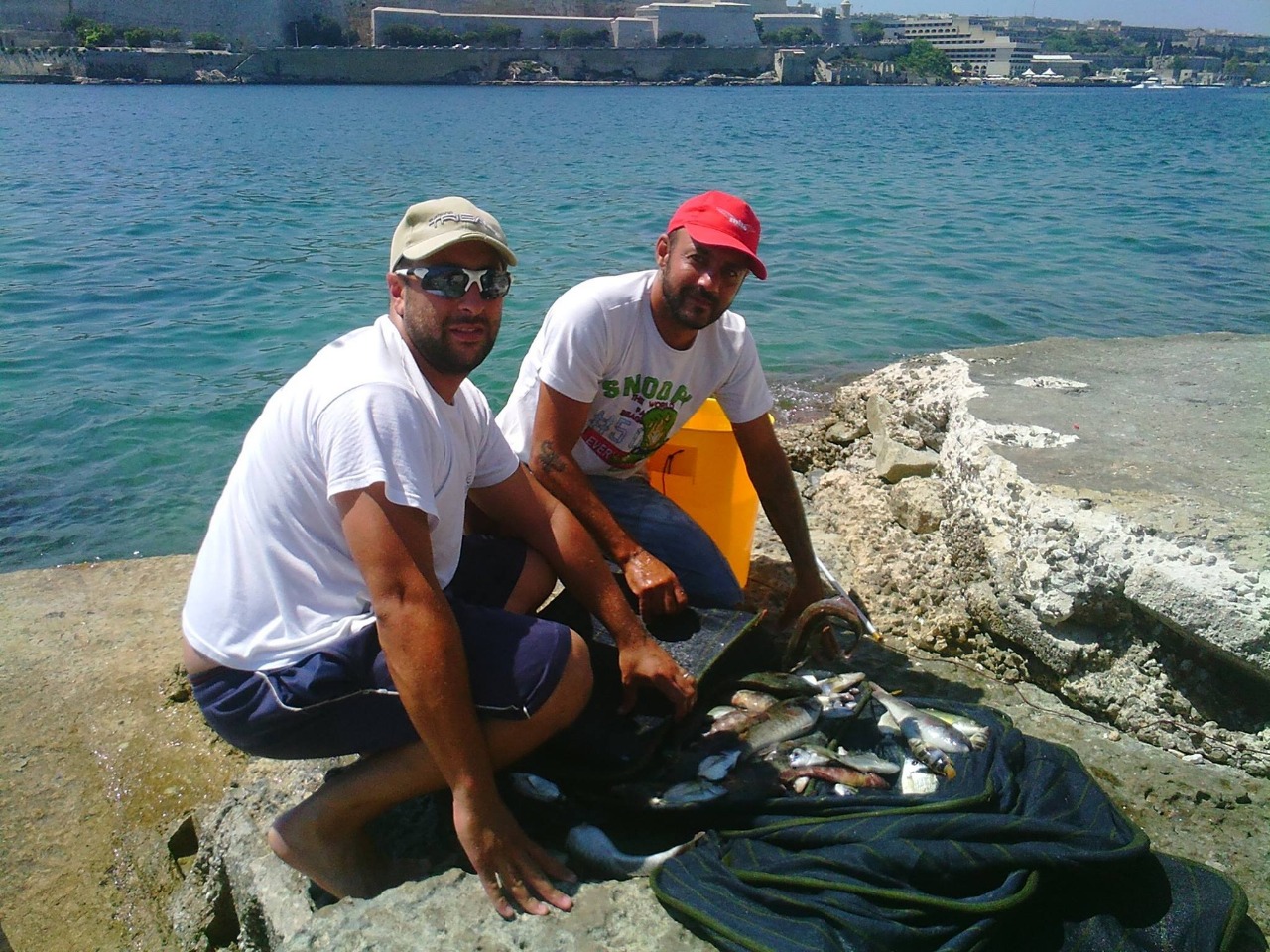 Bonnici Jamie and his brother Jonathan won the third match in Senglea with a 1.70kgs of fish using handpoles 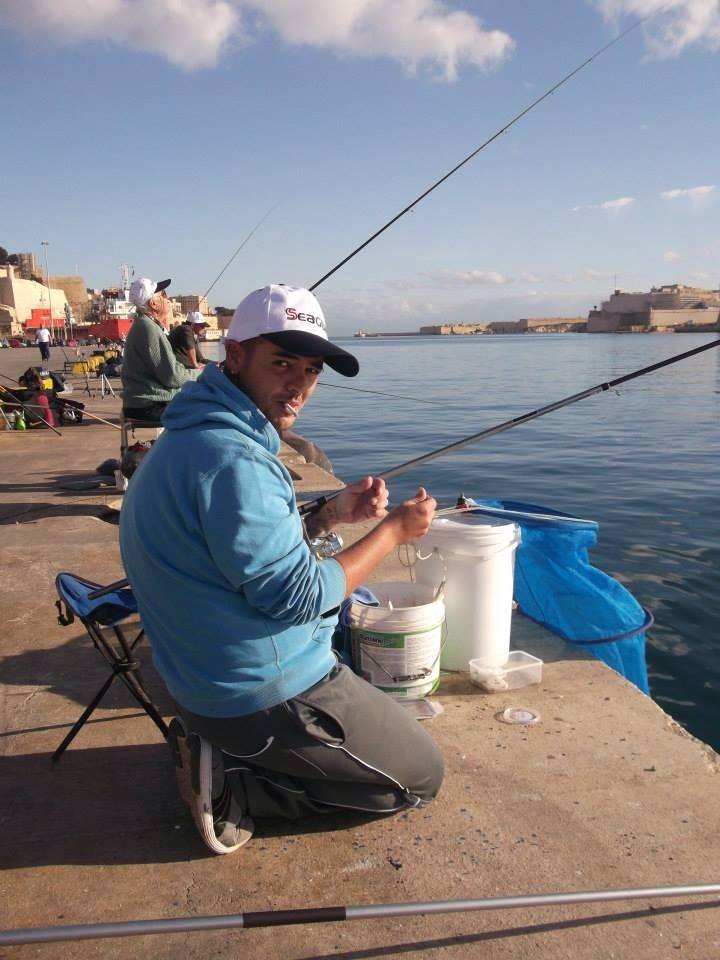 Jonathan Bonnici ..... started sportsfishing some 2 years ago and he is being well proven up the ranks. 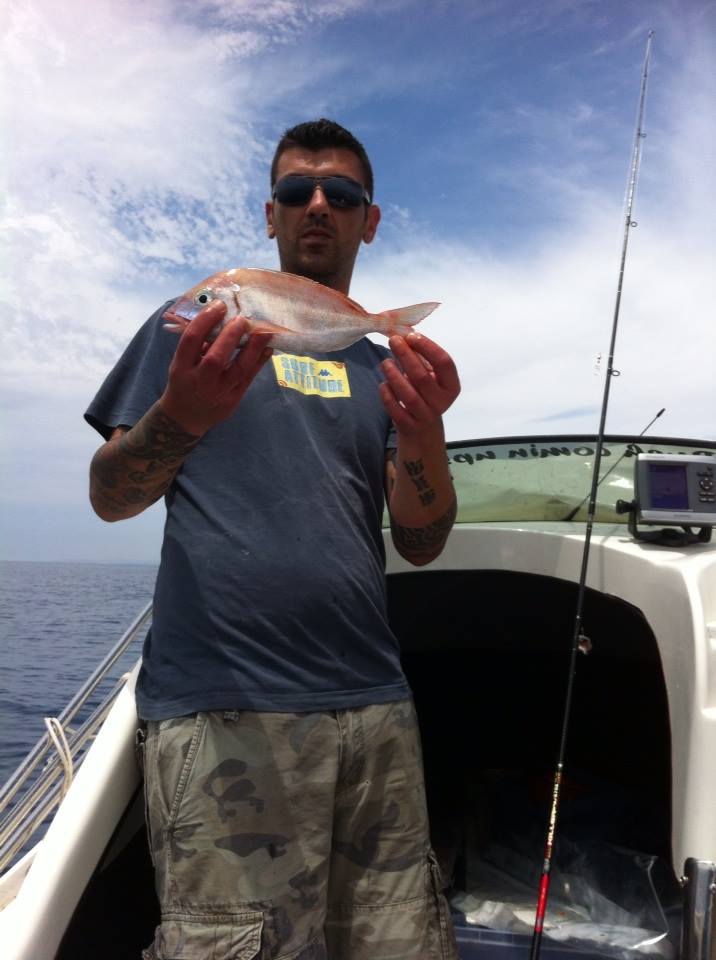 James Gilson is presently being sponsored also by Colmic. He represented Malta in 2014 fishing float championships in Italy. 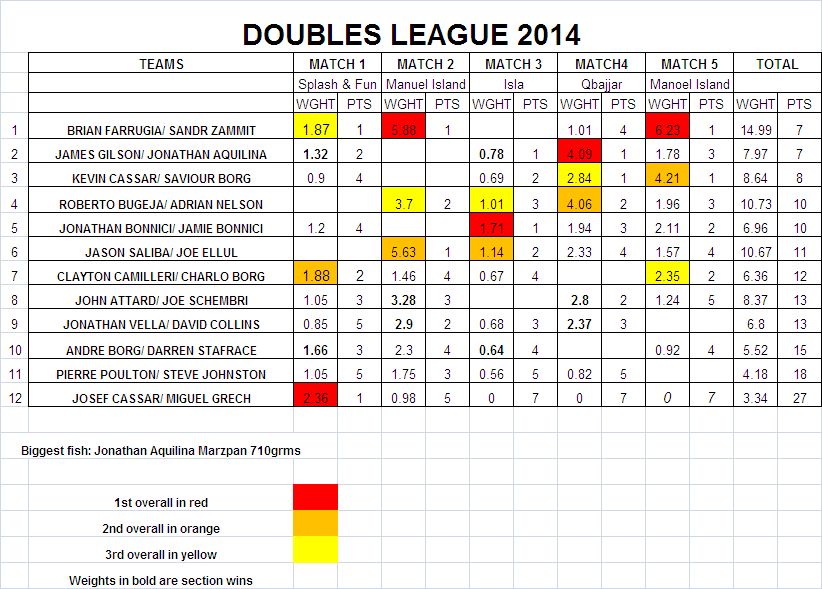 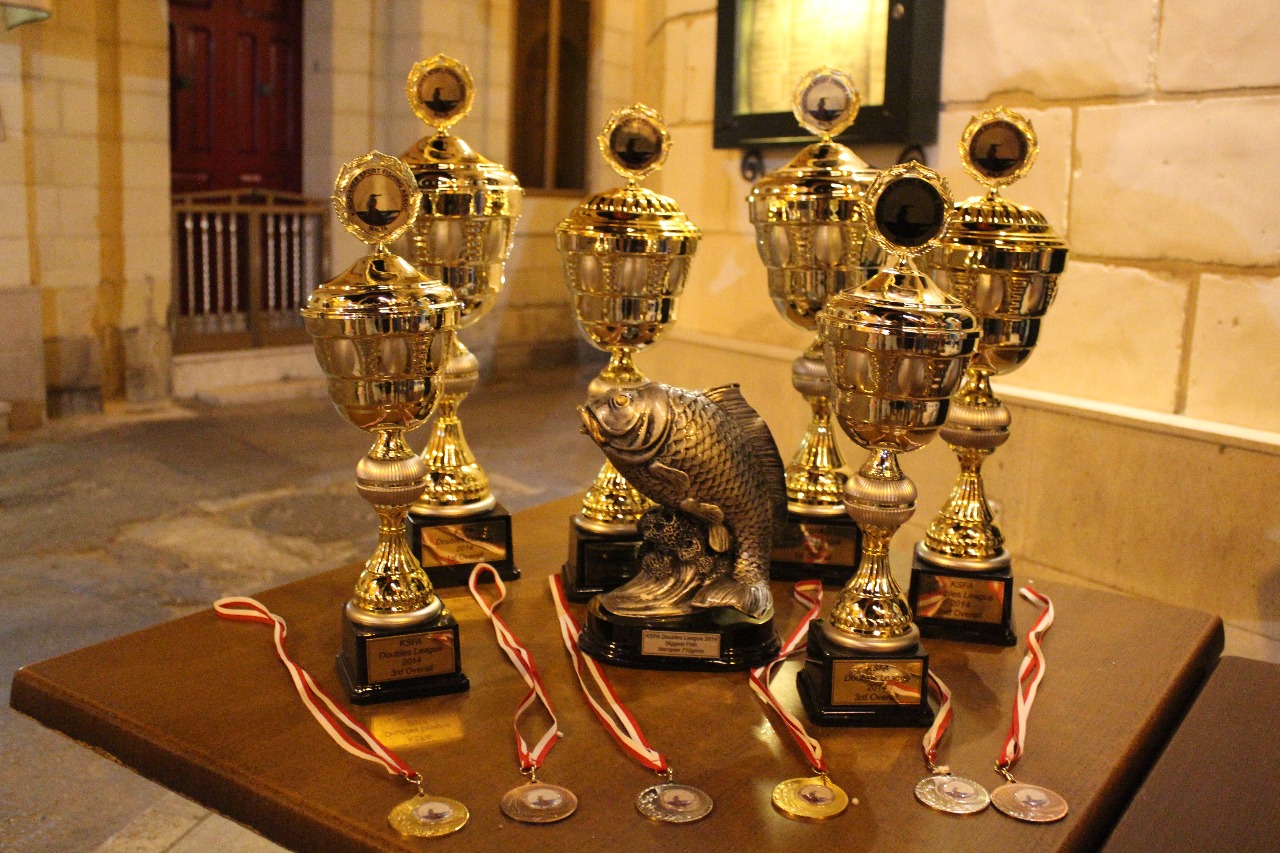 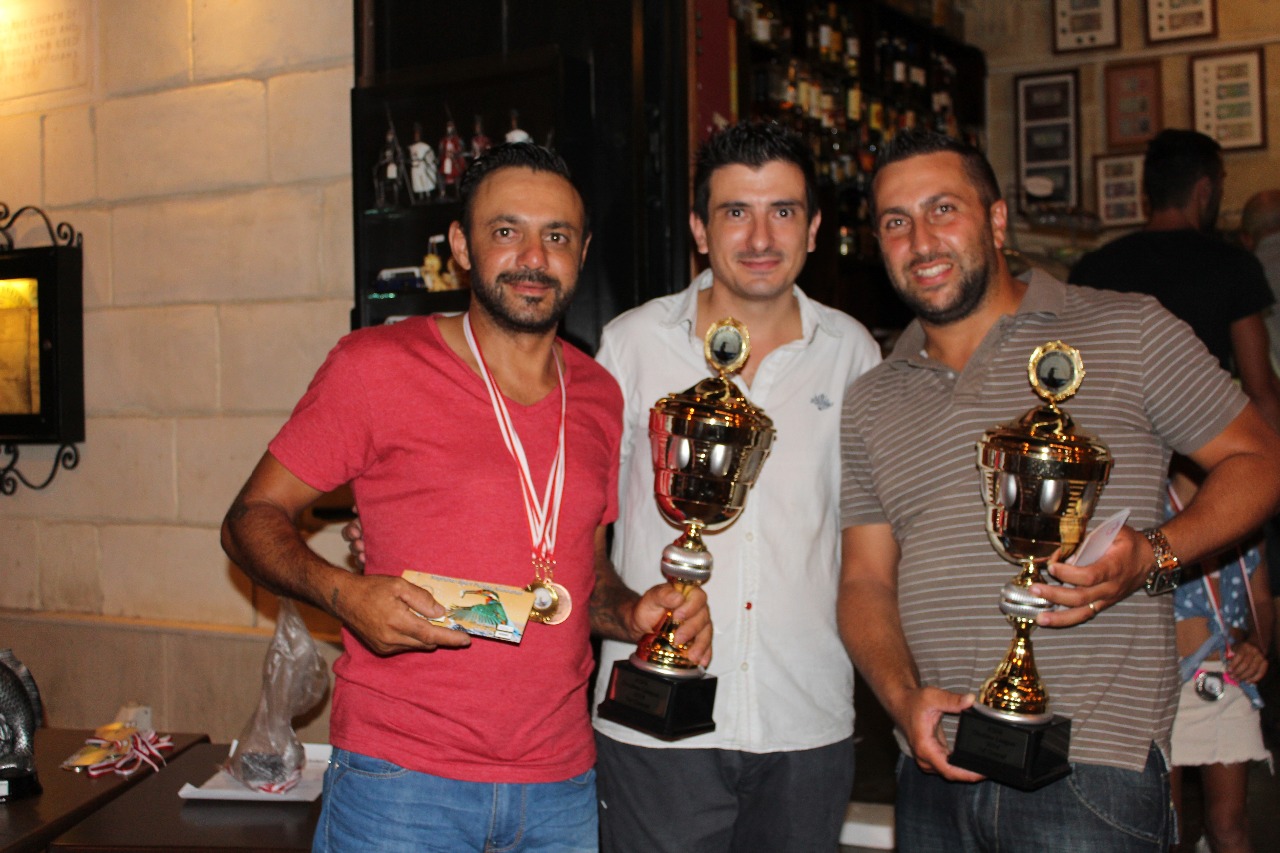 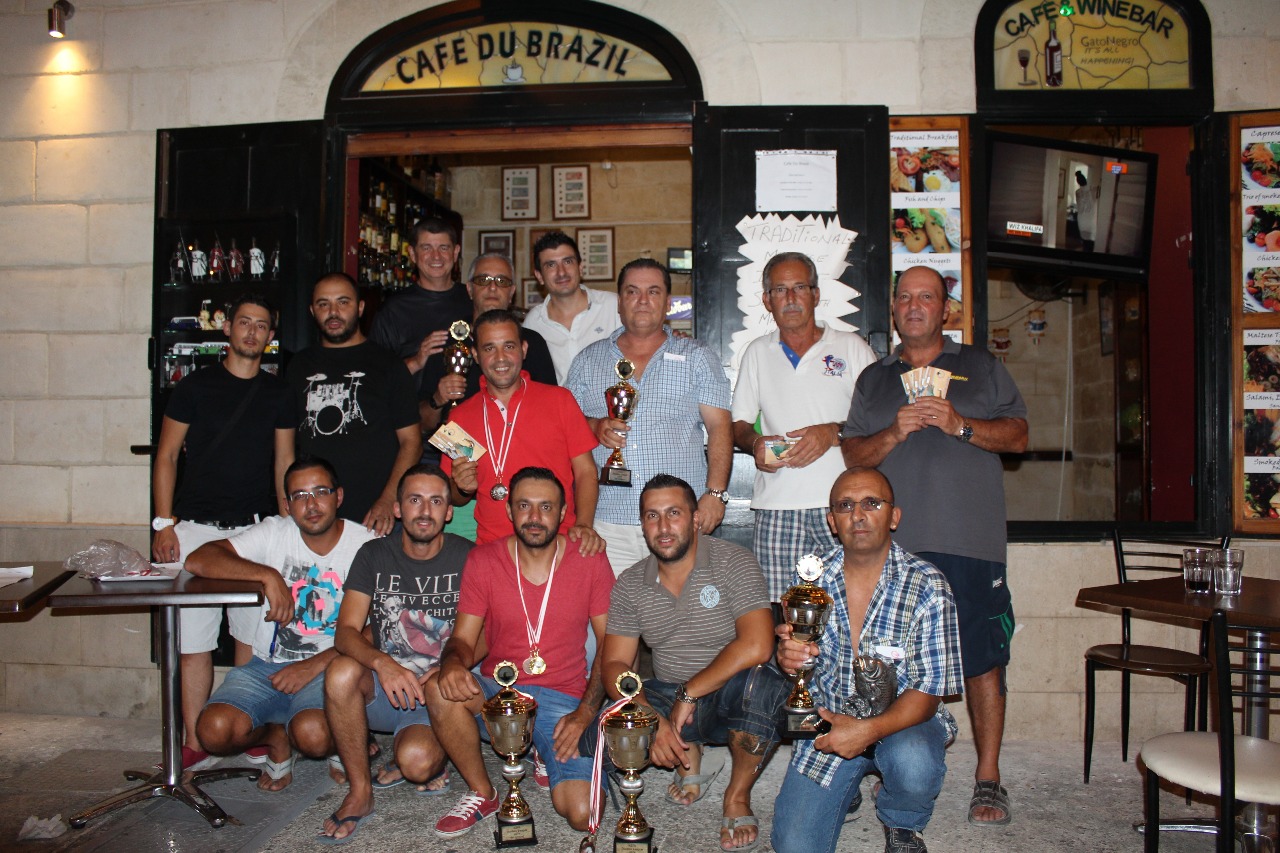