Toqba Birgu was the venue for the todays` fourth KSFA league match.

The morning was greeted with splendid sunshine but alas also with a slight northerly breeze, which as every shore angler worth his salt will tell you that, when the wind blows from the North the fish bite not.

This of course mixed with the fact that the month of March is the worst month for fishing, can equal a recipe of very scarce bites.

Very few fish were caught, the order of the day being the Rainbow Wrasse (Gharusa), and not much else.

But the less fish there were the greater the challenge was. KSFA members never say die and today was no exception, were every know system was tried, and even some unknown, but try as they might; the fish were elusive, with no big fish being registered.

At the top of the table it is still very much a close call with Fortune still in the lead. The next match will be the Marshall match to be held at Xghajra on the 13th April. 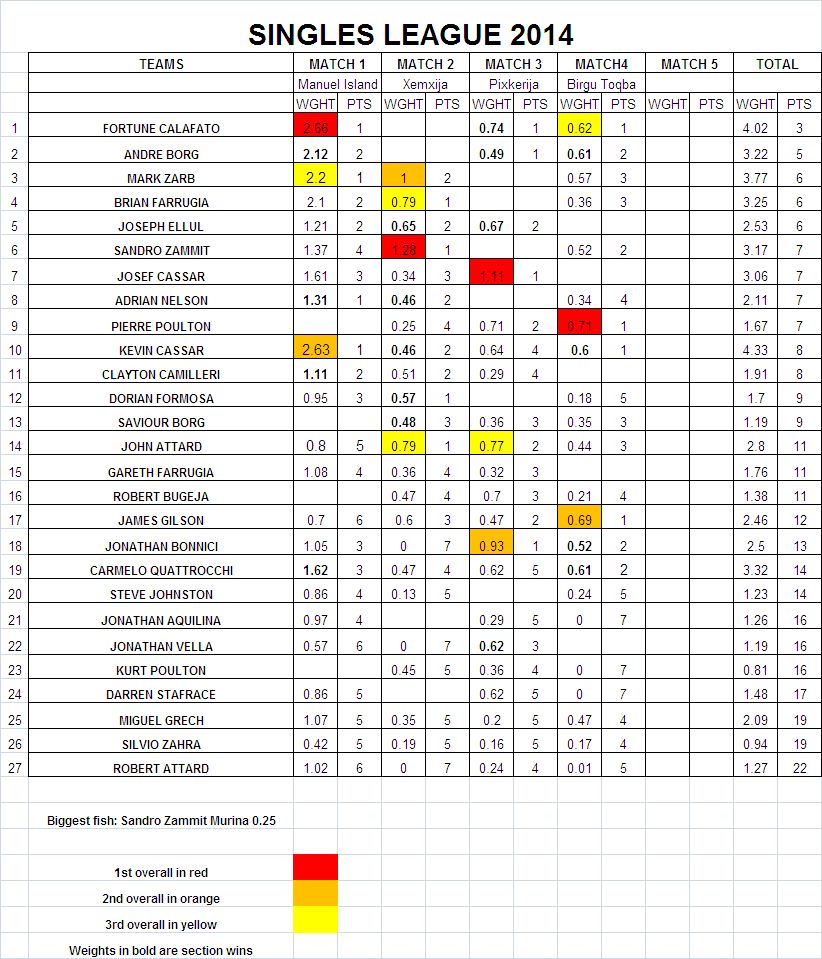