On a day after some heavy rains we had on Saturday big fish did not show up in Sliema Ferries for the federation match 4 of the NFSAM 2012 league.

Kingfishers did a very good job on the day considering the absence of their present champion Franklin Formosa and some other elite Maltese anglers.

Infact both John Attard and James MIcallef placed 2nd and 3rd respectively, John with a good mix of bottom ledgering fish while James on the other hand managed some nice sized salpas on shrimps.

The final day will turn out to be a very good match with 4 of the best anglers on the Maltese Islands fighting out for champion of Malta 2012.

John Attard, James Micallef, Roberto Bugeja and Pierre Poulton all have a nice chance of grabbing the prestigious title on the final match. 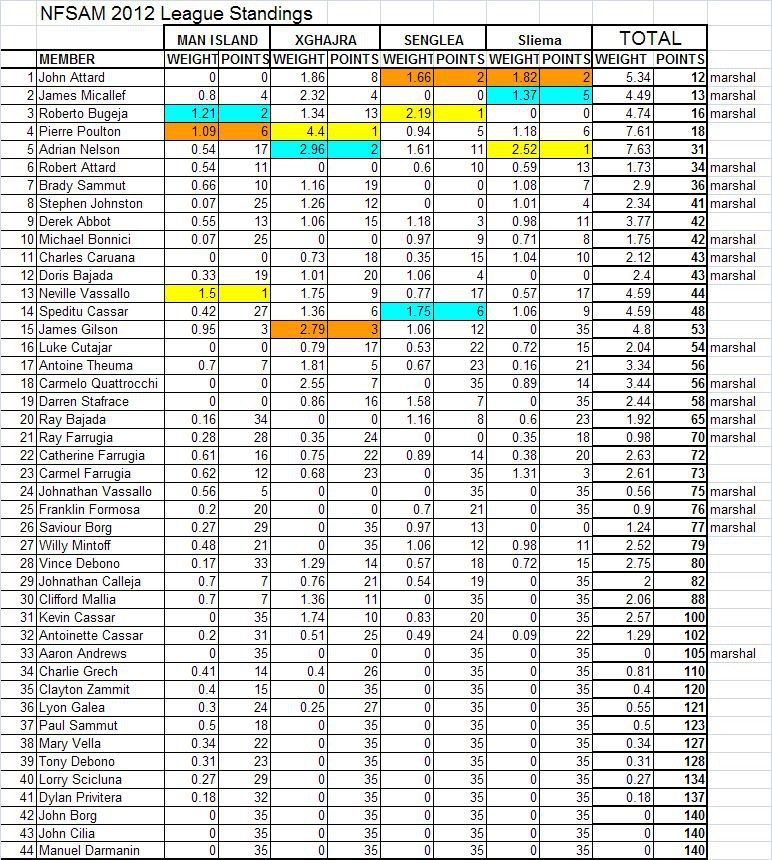