Today KSFA held its 2nd doubles match at Corinthia San George Marina who we thank for the permit.

After a whole week of mild springy weather, today dawned Cloudy cold and with a moderate NEasterly wind, making the sea choppy and difficult to fish, but boy was it worth it as our anglers had a great day catching a nice variety of fish including bottom fish, mullet, salp parrot fish and various amount of bream, and oh yes even moray eels.

And you know what was even greater some 20kgs of fish were caught and KSFA anglers managed to keep them all alive and released them.

1st place a great day for Brian and Jonathan who relentlessly caught fish after fish on the pole to the tune of 3.68kgs.

2nd spot went to Adrian Nelson and Roberto Bugeja on 2.60kgs and in 3rd position Maverick Mullet and Luke Bonnici on 2.41kgs. 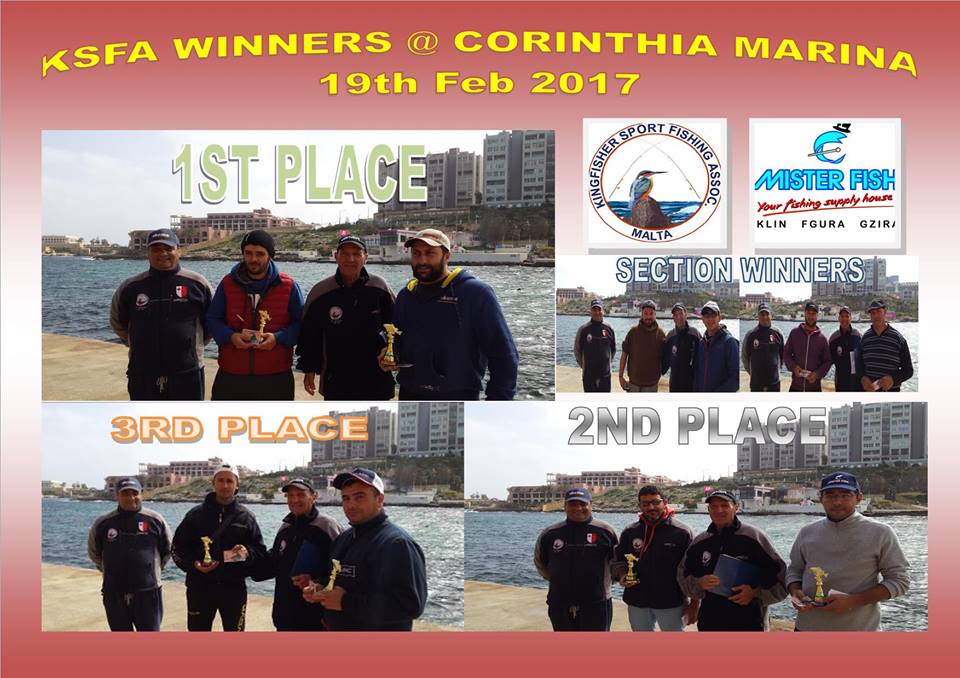 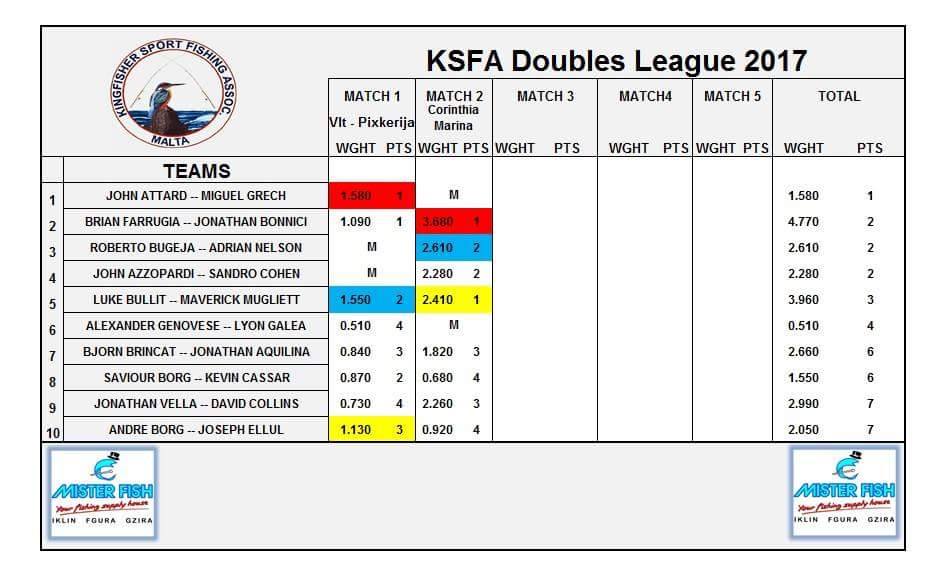