The incredible duo did it again and it can be nothing but sheer skill on their part.

This year all anglers start every match on even footing.

They are distributed with the same ground bait and bait, so the only thing left would be the individuals` technique.

I may be raving but they deserve all the praise they can get.

With this win they have consolidated their position at the top of the table and... with only one match to go things are looking bright for them.

This match was held at the Marina Hotel Corinthia Beach, who kindly granted us permission to fish the venue and for this we are ever so grateful.

This morning dawned a bright but very windy morning, making fishing conditions very difficult. But it was immediately evident that although no especially big fish were being caught, the fish were biting, with the protagonists this time round being the small mullet (bobin) and small salp (griewel) and the usual wrasse and bream and today also the elusive Marmora (mingus) honoured us with quit a few appearances.

In spite of the wind most anglers opted to fish with the pole and float rather than the more popular rod and reel, trying to lure the small mullet close to shore using both bread and prawns. Other popular techniques were the paternoster rig and the running ledger.

In first place as already mentioned we had Team Milo with none other than Adrian Nelson & Roberto Bugeja with 2.42kgs, followed by Team Colmic comprised of Fortune Calafato & James Gilson with 2.12kgs and in 3rd Place team Tubertini with Franklin Formosa & Jason Saliba with 2.050kgs.

The next and last KSFA Tubertini doubles match is set for the 12th April. Venue still to be announced. 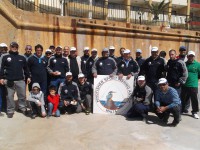 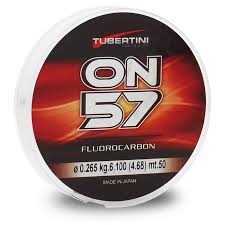