It was yet again a very keenly contested tournament where some of the top anglers on the Island teamed up to participate in this popular fishing festival.

The tournament was held in 3 different venues and different times of day and night.

The first match took place on Friday 26th September and this was held at the Valletta Waterfront who kindly issued the necessary permit, thank you!
This was a night match where our anglers fished between 1900 and 2300hrs.

All anglers were supplied with the same bait and at the word go lines could be seen flying graciously into the air to their ultimate destination, the sea bed to seek the unsuspecting fish!
There was good sport to be had supplied by the various types of bream present.
Number 1 spot was secured by Miguel Grech and John Attard with 3.85kgs, followed by Stefan Borg and Luke Camilleri with 2.33kgs and Jonathan Bonnici and Jamie Bonnici close behind with 2.24kgs.

But there were still 2 more days to go, everything could change, as John and Miguel soon learnt!
The next day was another day and this time the venue was Marsamxett Valletta, an open sea rocky venue, with fishing time being between 1300 and 1700hrs. In this match Stefan and Luke were in a class of their own, netting no less than 5.48kgs of bottom fish, followed by Carmelo Quattrocchi and Mark Zarb with 3.9kgs who fished mainly for damsel fish and by Luke Borg and Luke Bonnici with 2.76kgs. Stefan and Luke now had leapfrogged Miguel and John to take a substantial lead.

The third and final day was fished between 0700 and 1100hrs at Boiler Wharf Senglea, were our thank you here goes to Transport Malta for hosting us. This of course was the decisive last match, with Stefan and Luke enjoying a 2.3kgs lead the 1st place looked quite secure, but as for the the rest everything was still up for grabs.

This match was again won by Miguel and John who again secured 3.85kgs, but where still .780g short to leapfrog Stefan and Luke but still held on to 2nd place, followed by Carmelo Quattrocchi and Mark Zarb in 3rd place.
A very special thank you from the heart goes to Alex Genovese who marshalled all the matches and also our sponsor Tubertini Malta. 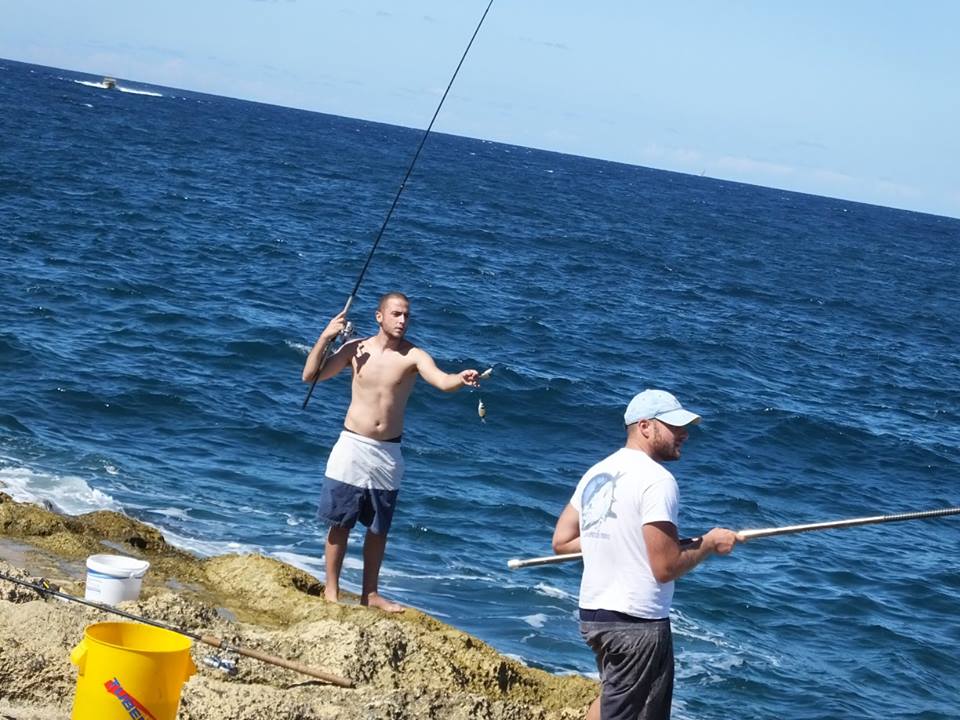 The winners watching their final weight