Nelson and Bugeja yet another win and leading the Doubles League

KSFA's 3rd doubles match finally got underway this morning, with yet again another change of venue.

Since Senglea proved very difficult to fish due to too many obstacles, in the shape of buoys and ropes.

So venue was transferred to Birgu Toqba.

As usual for this time of year the fish were very shy in biting.

And it was the small vopi that made all the difference this time round.

With Adrian Nelson and Roberto Bugeja bagging 1st overall with no less then 2.010kgs of vopi.

With this win they are now sole leaders of the double league.

2nd overall were Franklin Formosa and Jason Saliba who managed 1.82kgs of vopi as well. 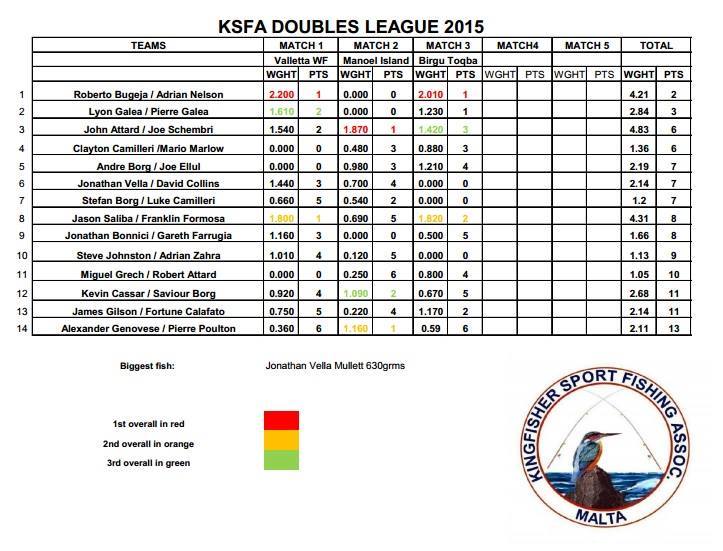