Match 1 of the federation league was held in Manoel Island on Sunday 15th April 2012.

First match was very quiet in terms of fish caught as the first place was won by Neville Vassallo of Kingfisher Sport Fishing Association with 1.5kgs of fish.

2nd on the day placed Roberto Bugeja also from Kingfisher Sport fishing association with 1.21kgs and third was James Gilson with a near 1kg of fish.

Force 5 winds on the day blowing sideways from the West made it a very difficult venue but neverthless the first 6 positions in the league table are being held by KSFA anglers.

Still a long way to go and things will surely change in the next matches ....... 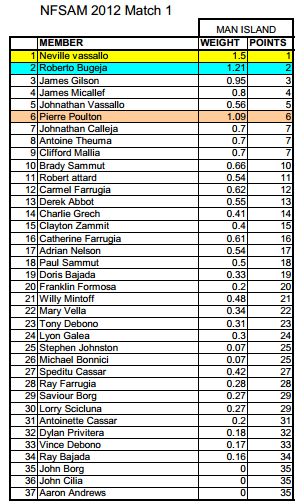 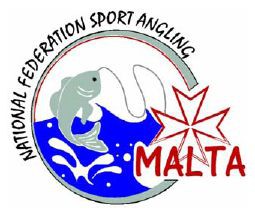