A record number of 32 anglers were registered in the first mullet match this year. Some old faces returned back to the number 1. fishing association  in Malta. Domnic Refalo (winner of previous number of leagues) and Jonathon Vassallo(winner of Pozzallo’s 2006 tournament) came back to fight and compete this exciting league once again.

This match was scheduled to take place in Birzebbuga. Due to some high winds and swells, it was decided that Kalkara would be a better alternative. Excitement, eagerness could be easily noted on each angler’s face. The match started at 8.00am.

As soon as the horn blew, loads of groundbait was quickly thrown, hoping it could bring shoals of mullet close to the feed.

Although the sea was not murky, with the bottom easily seen, Nathaniel caught his first mullet within the first 20 minutes or so. He quickly added to his tally by catching another two, one of them weighing 740grams. Another impressive 730gr mullet was caught by Robert Attard. On the other hand James Micallef and Charles Grech were catching small mullets at a very fast rate. Micallef managed to gain the third place thanks to a large number of bubin.

All mullet were returned back to their original habitat fighting another day.

The next match will be held in Mgarr Gozo on the 12th February. Surely all members know that a 1kg deficit is not unreachable, especially when fishing in the island of Gozo, which in previous occasions has provided loads of mullet. 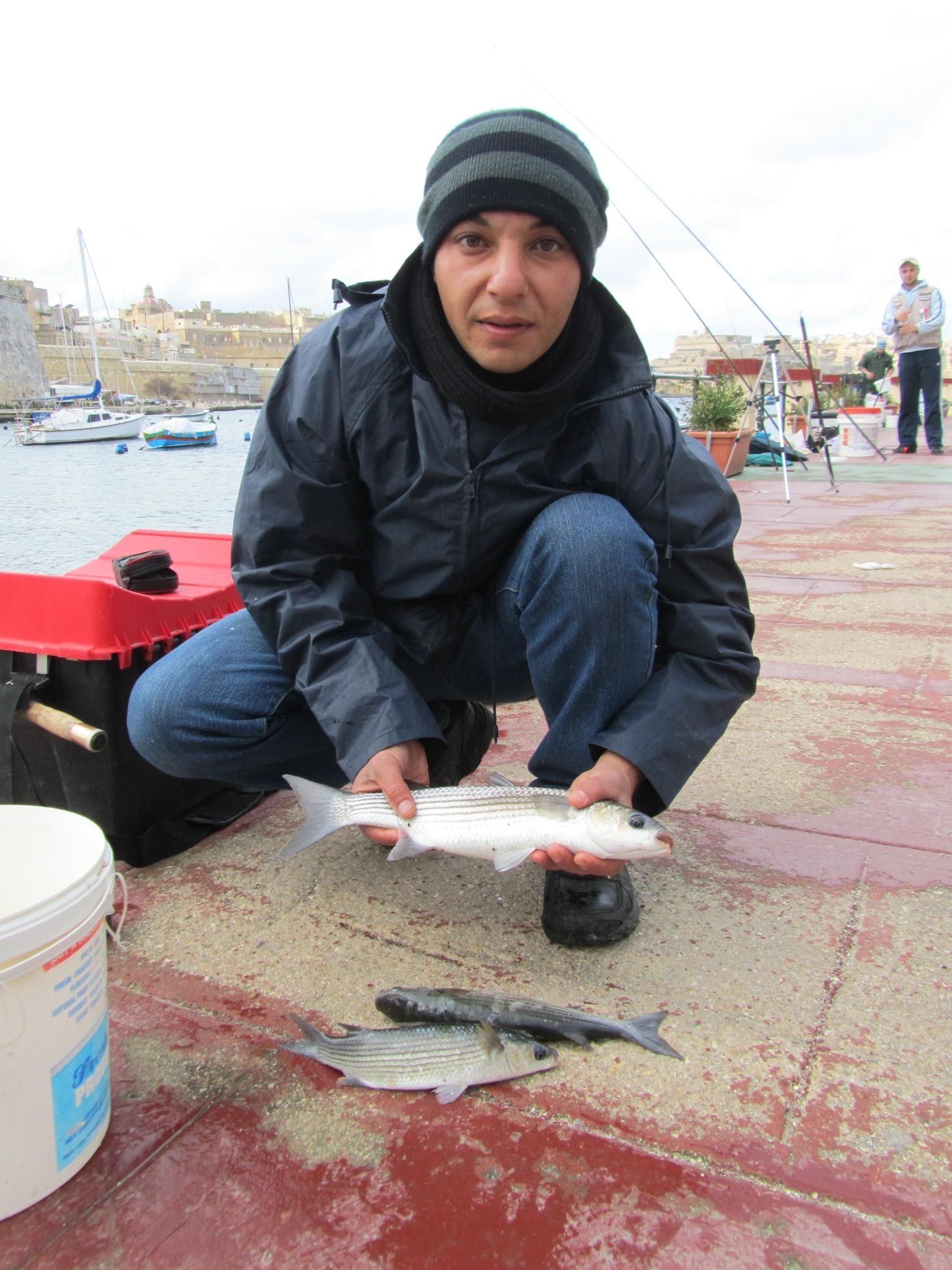 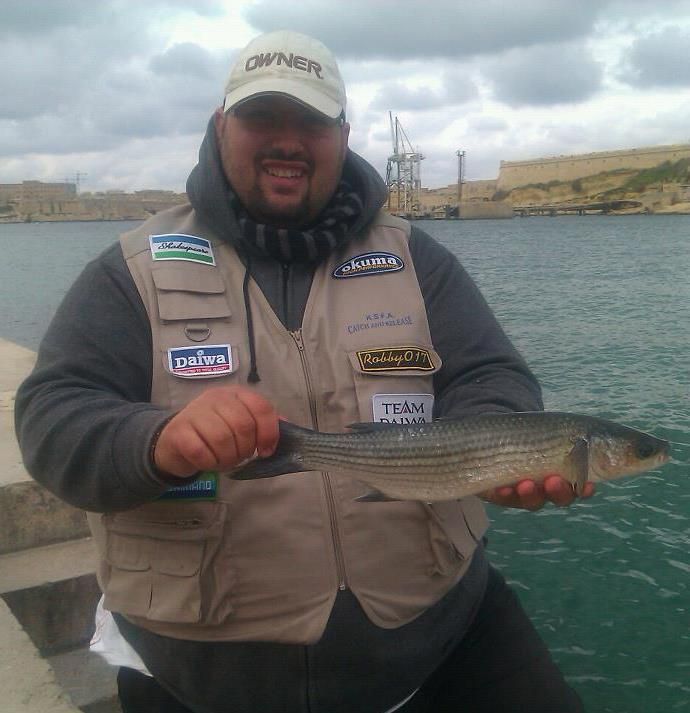 Robert Attard with a nice mullet on light gear 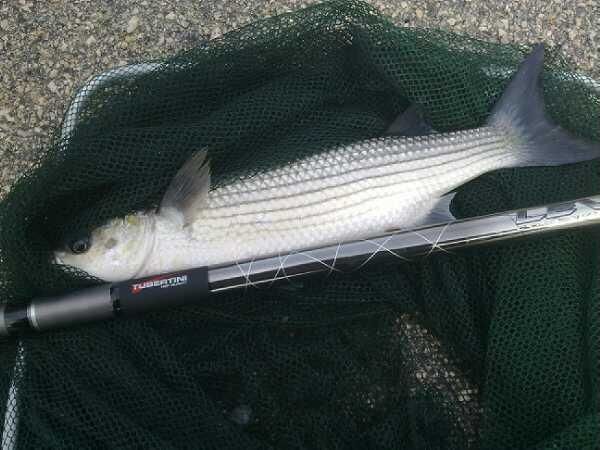