The 5th and last doubles league match today was held in Hondoq Gozo, and what a difficult match it turned out to be with one and all battling with near gale force winds.
At least despite the difficult conditions, bites were aplenty, with a mixture of wrasse, bream and Mullet.

In 1st place on the day yet again were Miguel & Mark with 2.18kgs, followed by Roberto Bugeja & Adrian Nelson with 2.04kgs, and in 3rd place Robert Attard & Adrian Zahra on 1.98kgs.

Although the official final League table has still to be published the doubles league winners table should read:

A registration meeting for the singles league is due next Tuesday 12th April at Al Legna Marsascala at 1900, all those taking part in this league are urged to attend.

This league was sponsored by Tubertini Malta mainly through vouchers, discounts and gifts with Farstone Construction and Restoration Ltd sponsoring the Trophies.
Thank you! 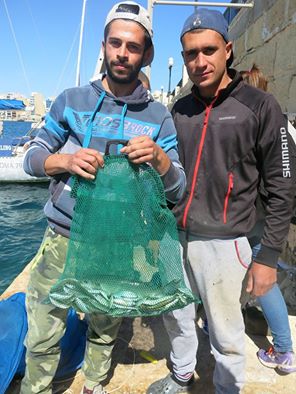 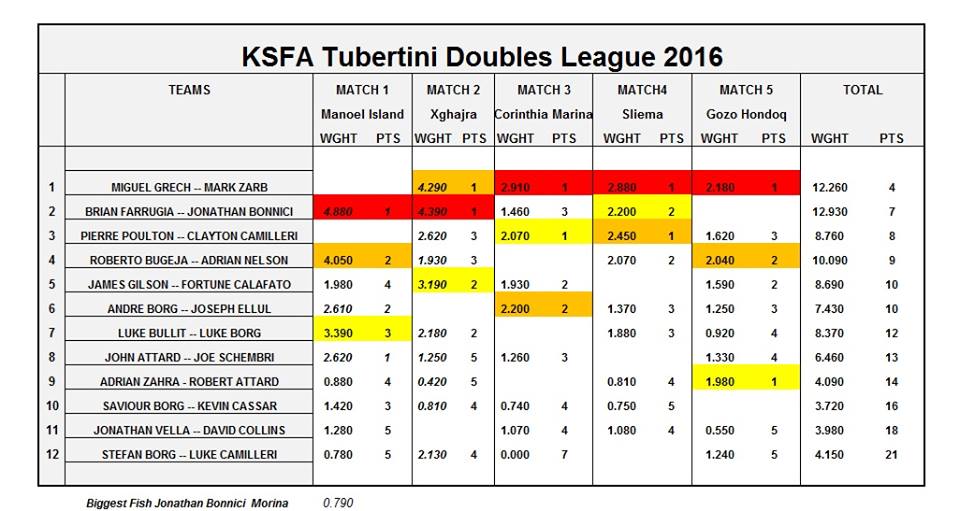