3 dedicated Kingfishers will be participating for the very first time in the Grauvell Valencia Open Sea angling tournament.

some news about this tournament which ends with a 500eur prize money for the winner ......

Every year the city of Valencia hosts the International Fishing Open Corcheo Sea , a major event in the world of fishing and date fixed for many national and international fishermen.

This time the venue chosen is the Port America's Cup , particularly in the south from the fish market to the mythical channel where all recall the triumphant entry of the America's Cup boats majestic

In this championship meet best Spanish fishermen fishing for it and coming internationally renowned throughout Europe. 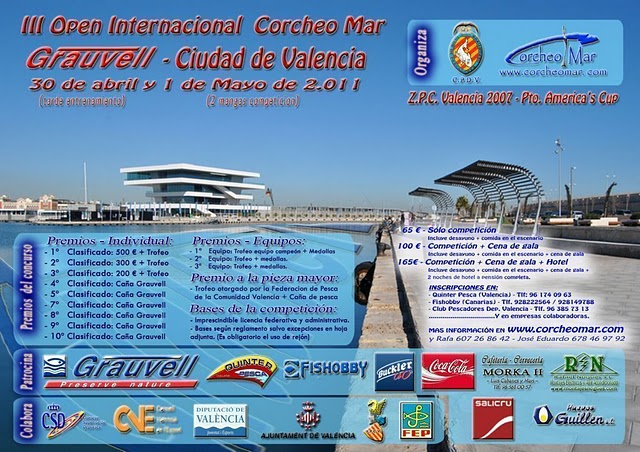 Topic: KSFA anglers to participate in Grauvell Open in Valencia .....