The 2016 KSFA 3 day tournament was described by most as the best edition so far, as although the 1st place was a forgone conclusion after the first match.

This was a night match at Boiler Wharf Senglea where Jonathan Bonnici & Sandron Zammit managed a super weight of 9.71kgs.

They were nothing but formidable partners.

The closest in 2nd place were Stefan Borg & Luke Camilleri with 4.32kgs.
But the fight for 2nd and 3rd place was wide open till the very end, this being a very close call with just grams separating the teams.

In the 2nd match in Valletta Jonathan and Sandro triumphed again and continued to widen the gap, with Luke & Stefan in 2nd place again.

The table after these 2 matches saw Jonathan & Sandro 1st, with Stefan & Luke 2nd and Joseph Ellul & Andre Borg 3rd, but following very close were John Attard & Bjorn Brincat and the rest of the pack.

The battle for 2nd and 3rd place was fought at Manoel Island and commenced at 0700, where Parrot Fish and Mullet were the order of the day. Although the 1st and 2nd places remained unchanged, the 3rd and 4th were overturned, with John & Bjorn pipping Andre & Gower to the post with a mullet bonanza on the float.

This year`s tournament was sponsored by Café du Brazil. Presentation of trophies and vouchers will in fact be held at Café du Brazil on the 14th October at 2000hrs. 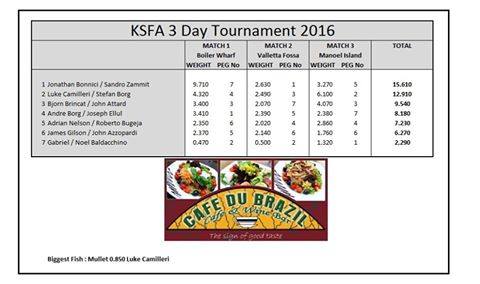 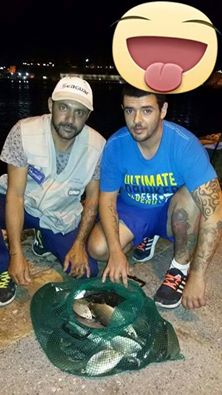 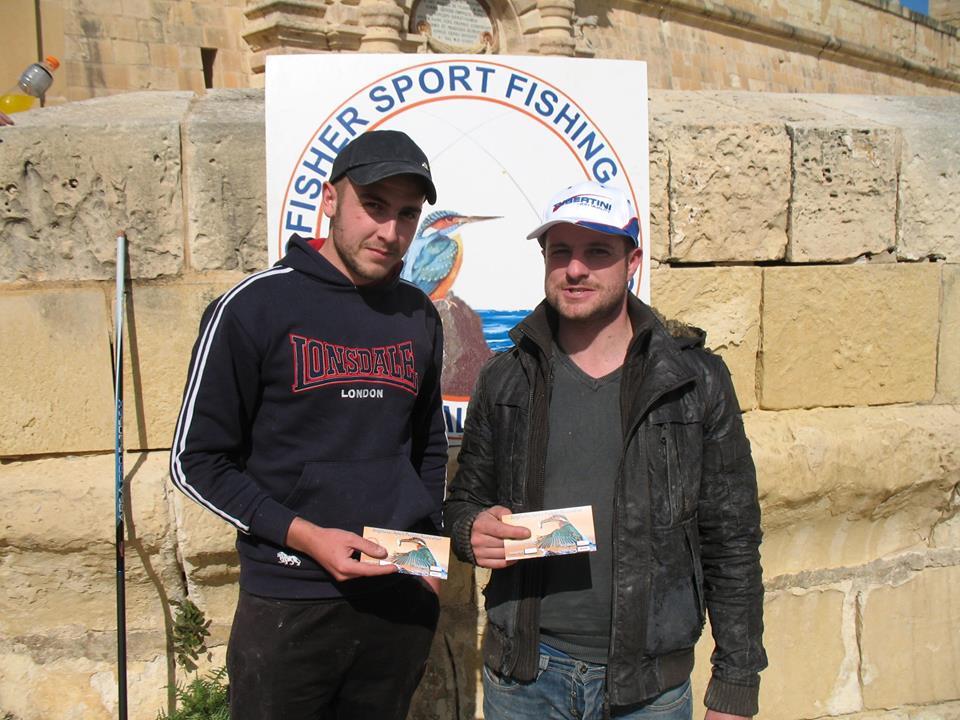