Excitement, anxiety and high levels of adrenaline were sky high amongst the 14 registered teams for KSFA Doubles 2012.

Tension was easily seen on each angler’s face, with some trying to hide their nervous feelings, but with not much success.

The competition was held in Marsalforn, Gozo. A slight westerly breeze kept the sea at optimum conditions. The horn blew at 7.30am. Immediately all kinds of groundbait were thrown, so as to attract any shoal of fish, especially parrotfish and small mullet.

Infact groundbait seemed to play an important role for the top three positions. The best of the day went to newcomers Charlo Borg and Andre Borg. Their catch consisted of an impressive amount of bubin which amounted to a total of 3.2 kg. James Micallef and Stefan Borg snatched the second overall, with a variety of bottom fish, especially some well sized parrotfish. Meanwhile Adrian Nelson and Robert Bugeja came third with a good amount of bottom fish.

Next match is scheduled to be fished in Birgu Toqba.

Tight lines to all, and well done to all KSFA fishermen, which are continuously improving and reaching professional levels, keeping in mind the limited resources with contrast to international anglers. 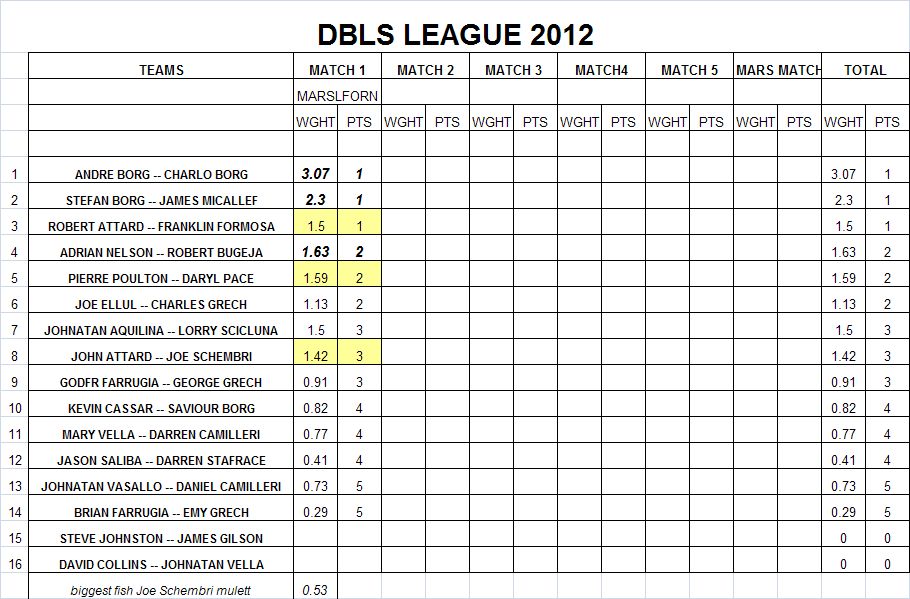