The second KSFA doubles league match got underway this morning at Manoel Island, and what a match it was to be.

And a good thing we did, as one and all had a field day, with some weightsexceeding the 5kg mark!

Bites were frequent and most anglers were catching at regular intervals, some hooking nice parrot fish, others wrasse, red mullet and even a refreshing amount of annular sea bream (Sparli) which up to today had been very scarce.

Although it was a very trying match having to contend with the rough sea as well as the strong wind, and most ended up drenched from head to toe, it was well worth it.

The honours of the day go to Sandro Zammit and Brian Farrugia with a weight of no less than 5.88kgs, closely followed by Jason Saliba and Joseph Ellul with 5.63kgs, and in third place Adrian Nelson and Roberto Bugeja with 3.7kgs.

Section winners were John Attard and Joe Schembri and Jonathan Vella and David Collins.
Next match will be Sunday 8th June. Venue yet to be announced 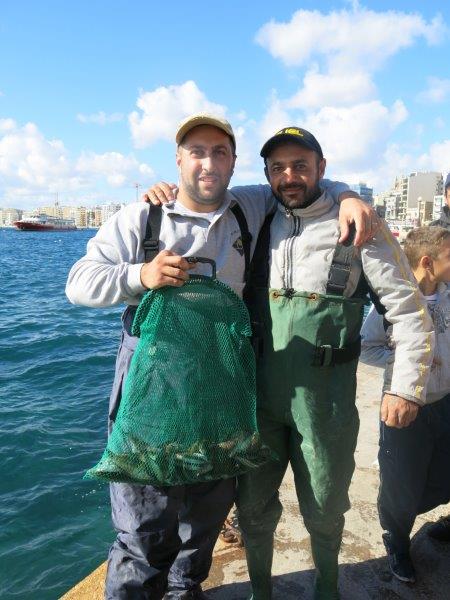