Throwback to Year 2010 with Classifications

Clayton Camilleri, Mario Marlow, Fortune Calafato have won a league or more 8 years ago, and all of them seem to be hungry for more.

A total of 12 teams had registered. During that time the league was on 6 matches, one of which as marshall and the duration of each match was 1hr more, that is 5hrs. This league was won by Mario Marlow & Clayton Camilleri with 26 points and just over 15kgs of fish. In second place you can find Michael Briffa & Adrian Nelson just 3 points behind and over 11.5kgs. 3rd place was decided by weight since Franklin Formosa & James Gilson peeped Pierre Poulton & Daryl Pace by 990grms. Both teams had 22 points. Biggest fish was caught by Clayton Camilleri, a mullet of 530grms.

Singles League 2010
33 anglers had registered for this league. 7 Matches, yes you have read it right league had 7 matches one of which was marshalled and same thing as the doubles League the duration of the match was of 5hrs per match. This league was won by Fortune Calafato with 26points and almost a total of 13kgs of fish. Just one point behind one found Roberto Bugeja on 25points and 10.5kgs. The final position of Top 3 was taken by another super keen angler Franklin Formosa on 24points and just over 10kgs.
Again the biggest fish of this league was won by another mullet this time caught by Kevin Cassar and weighing 720grms. 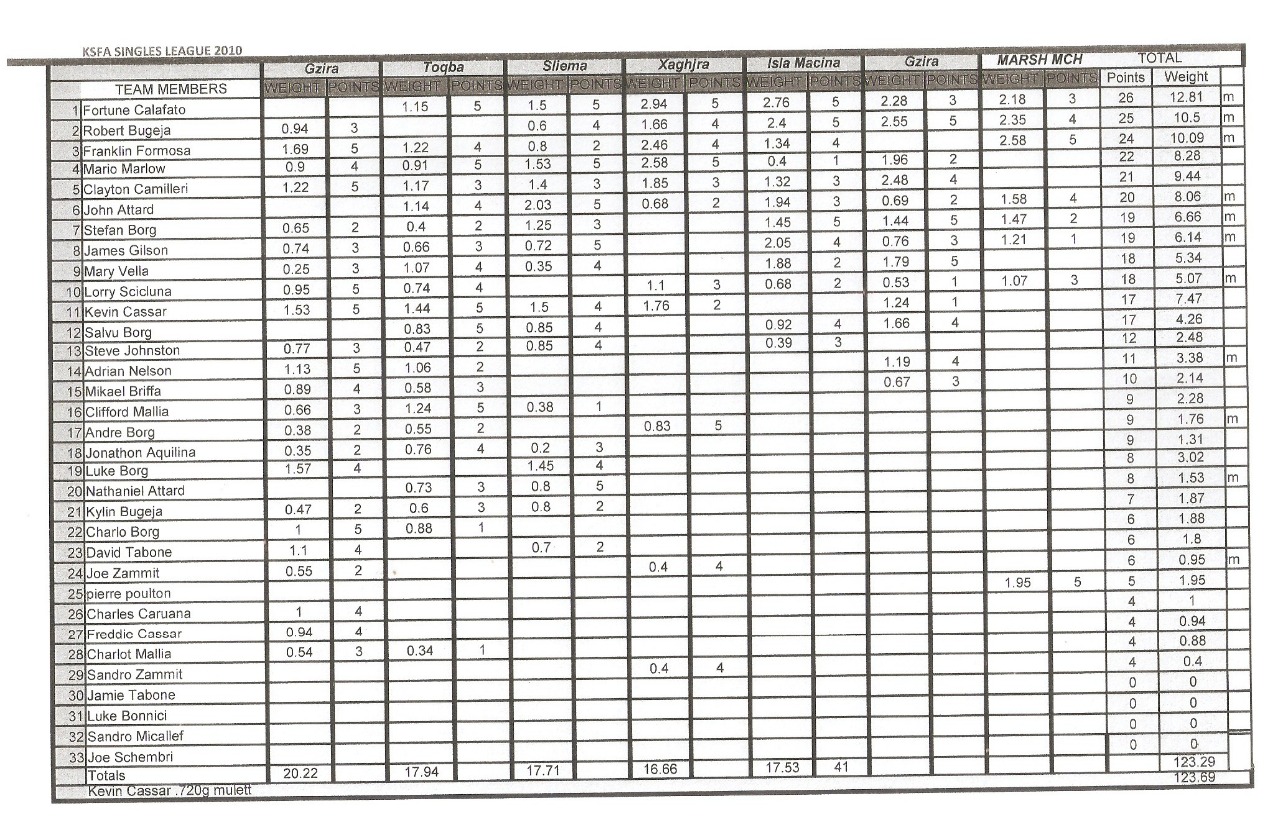 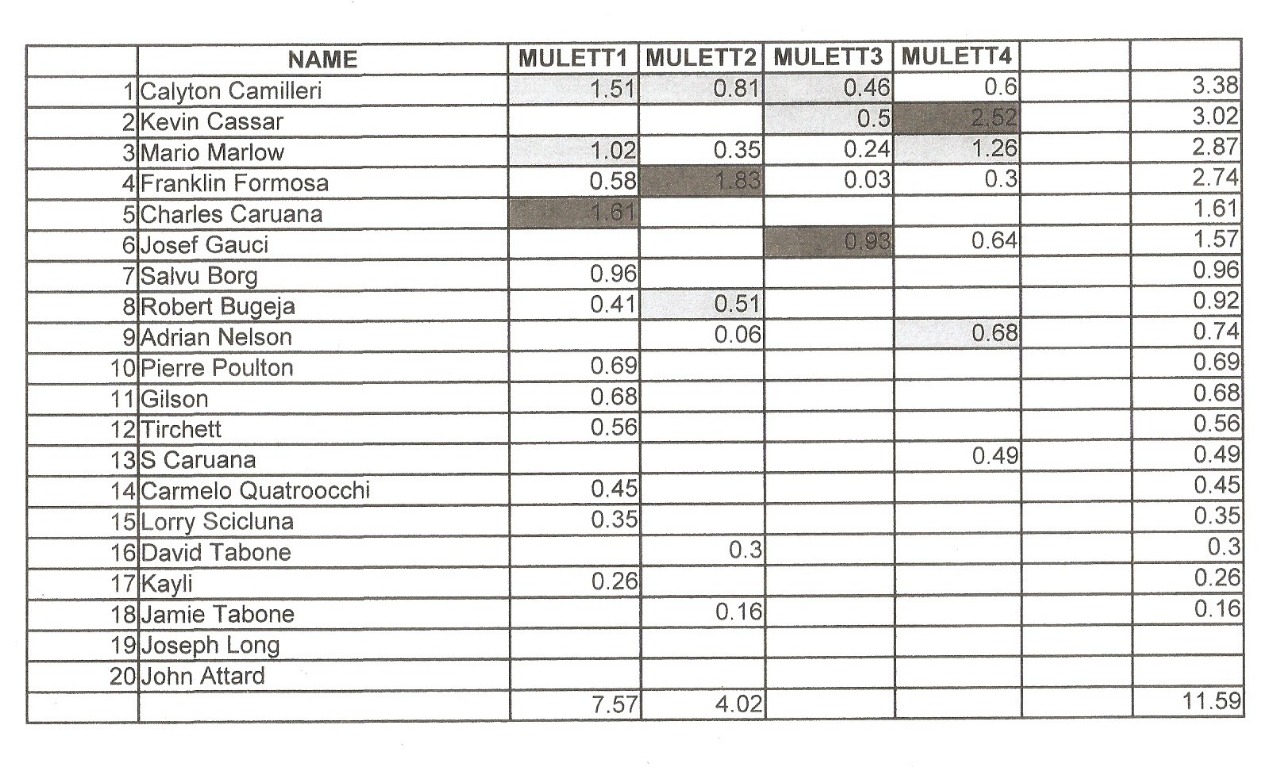 One can find more past classifications and in the next couple of weeks we shall be uploading more past records on the  link below:-
www.ksfamalta.com/leagues-2018/