The Italian Quattrocchi with a super match in mullet league 2013

The second mullet match was held, once again , in Gzira and recorded  the participation of 24 anglers .

It was the day of the Italian Quattrocchi that left everyone speechless and amazed with the beauty of not less than 20 mullets caught on fine tackle.

The Italian angler was fishing with a 5 metres Bolognese rod seted up with running float and ultra light tackle and was the only one getting right the fishing depth , in facts  on the day  the mullets were not feeding at the bottom  .

He managed to keep the mullets under him for over a hour and brought up several consecutive landings one after each other recording also the biggest mullet of the league so far  ( 0.850 kg ).
The gap between the first place and the second was record breaking ( over 7 kilos) . Second and third came the Tubertini  guys , respectively Darren Stafrace with  0.890kg and third of the day was Franklin Formosa with 0.77 kg .

With this astonishing performance the Italian took the lead of the table overtaking Pierre Poulton  with a consistent gap   but the mullet league is still open and the 2 remaining matches  can be full of surprises . 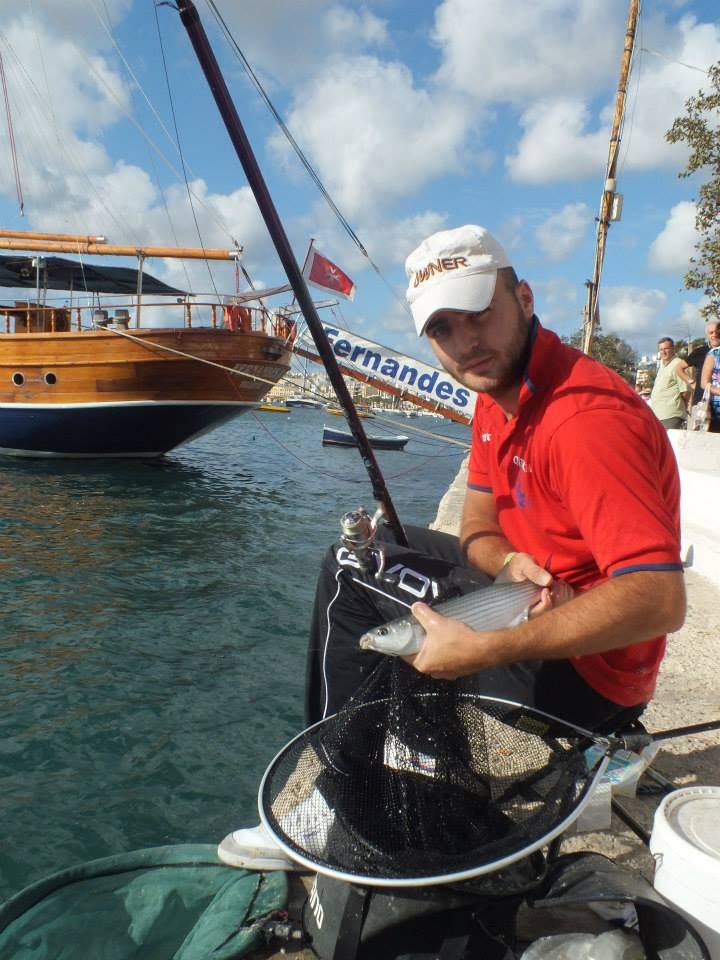 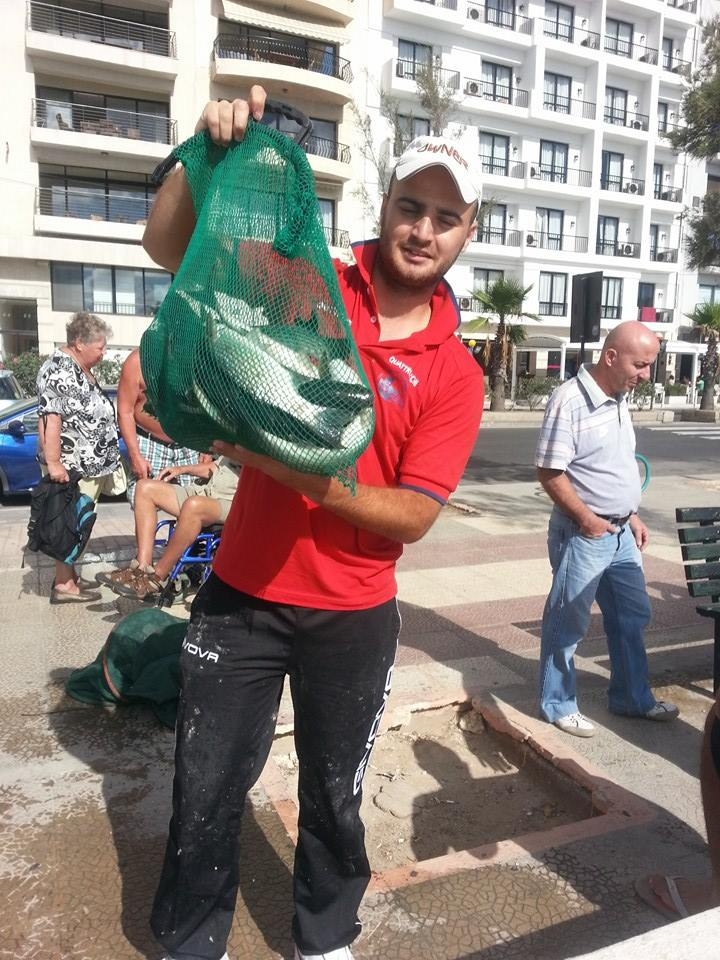