Time flies! KSFA Singles League 2006, 8 matches composed the league that year and a total of 33 anglers had competed.

Match 1 was fished at Sa Maison and was won by Lawrence Scicluna with a weight of 1.16Kgs closely followed by John Attard with 1.14kgs. The last place on the podium was John Azzopardi with 1.03Kgs.

Match 6 was held at Ta Xbiex. Mary Vella won the match with 2.350Kgs and second Overall was won by Darren Vella with a weight of 1.300kgs. Clayton Camilleri came 3rd overall with 1.260kgs.

Match 7 was held at Birgu. Paul Sammut won this competition with 1.750kgs, Mary Vella followed in 2nd position with 1.300kgs and 3rd overall was shared between Jonathan Vassallo & Clayton Camilleri with 1.230kgs.

The last match, number 8 was re-held again at Birgu.This time it was a really close call since all top 3 positions were divided by a minimial of 30anglers were in the space of 30grms only.Paul Sammut won the match with  1.340kgs closelely followed by Kevin Cassar and Clayton Camilleri with  1.320kgs and  1.310kgs respectively. 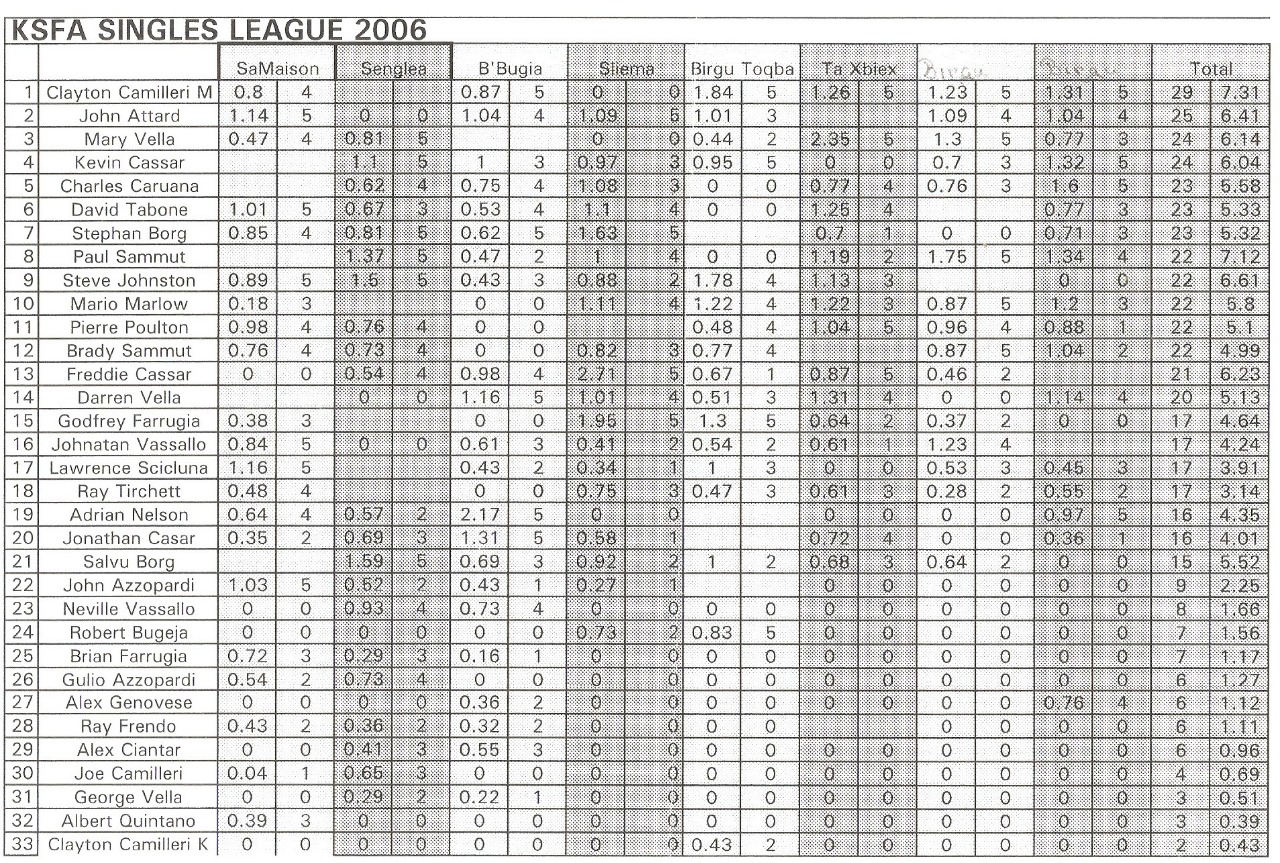