This morning the NFSAM match 2 was held. Early morning all anglers met at Bahar ic-Caghaq but unfortunately due to sea swell it was decided to use alternative venue that is Valletta next to Pixkerija.

Match started at 06:45 and fish bites were very rare. During the competition the wind was catching up fast that made the competition much more difficult to fish. Neither of the 25 anglers by the end of the 4hr match managed to exceed the 1kg weight. Match was won by Adrian Nelson with .920grms. Two anglers both from Team KSFA A shared second place with .600grms each, being Bjorn Brincat & Miguel Grech respectively. Maverick Mugliette taking the 3rd spot with 440grms. Sandro Cohen also managed to obtain an important second place in his section.

After this match Miguel Grech from KSFA Team A is leading the championship with just 2 Penalty Points. As regards the teams classification, KSFA Team A is sharing second place with Denci Team A on 25 points. KSFA Team B following closely behind on 27 points. 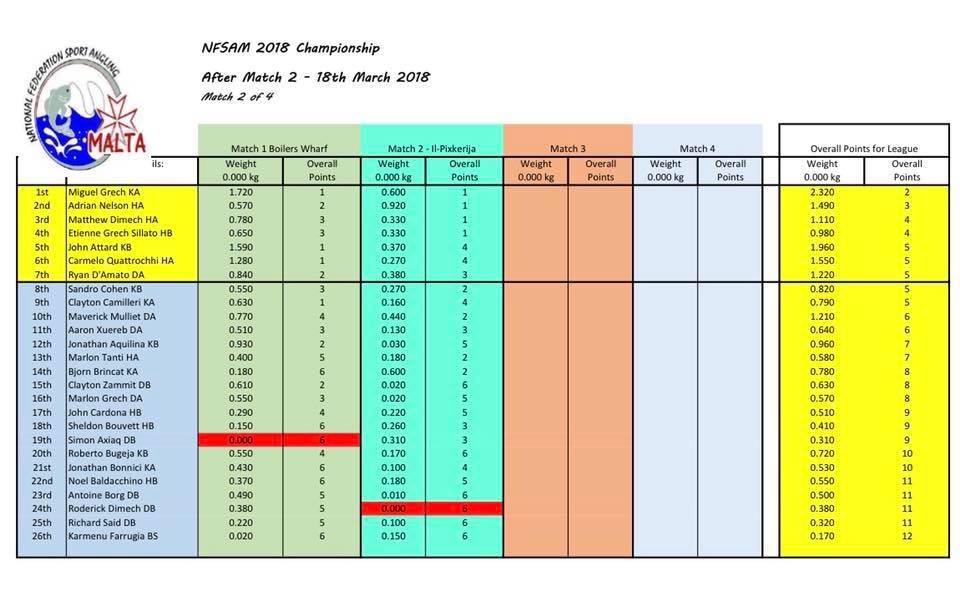 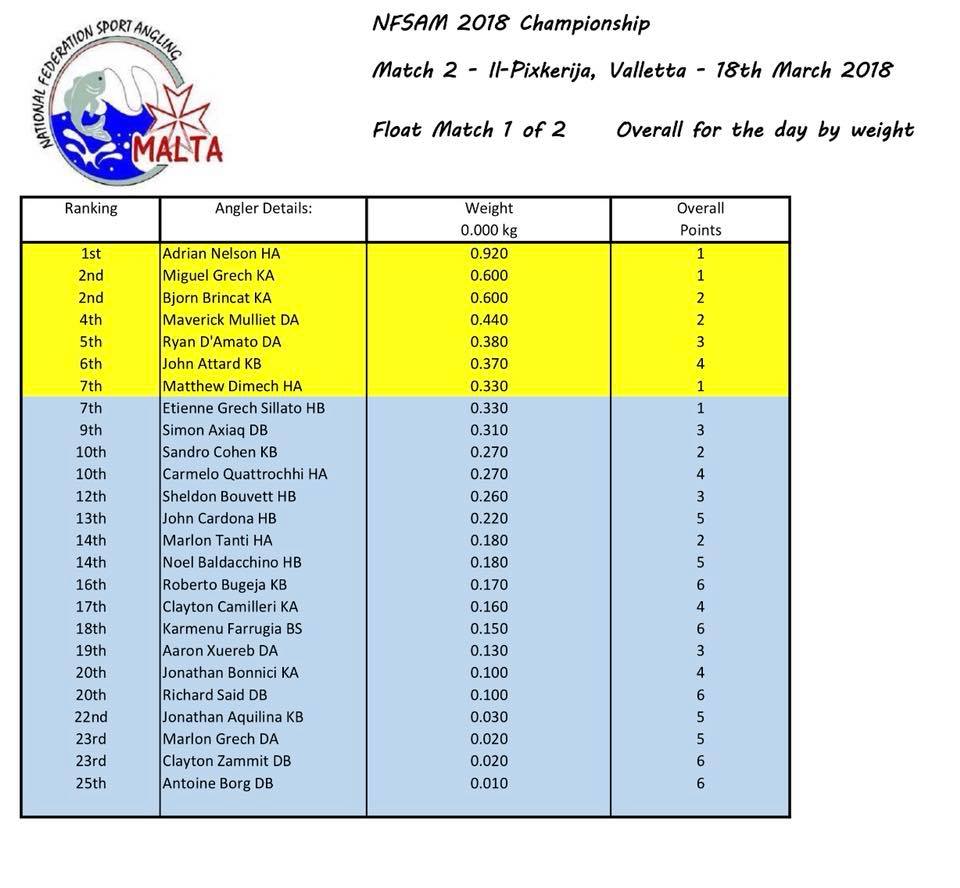