Last Sunday 29th April the 4th and final match of the NFSAM 2018 League was held. This final match was held at Qawra Point, just below the National Aquarium facing the open sea. This match was an open where anglers could have used both leads and floats.

From the early minutes of the competition it was noted that fish were biting mainly breams and parrot fish. This match was won by Maverick Mugliett with 2.350kgs. From the total of 4 sections our anglers won 2 of the sections (Miguel Grech & Sandro Cohen), John Attard losing Top spot by just 10grms and Jonathan Bonnici taking a credible 2 points. As a match it was a successful one for us where we had 4 anglers in the top 7 positions for this competition. 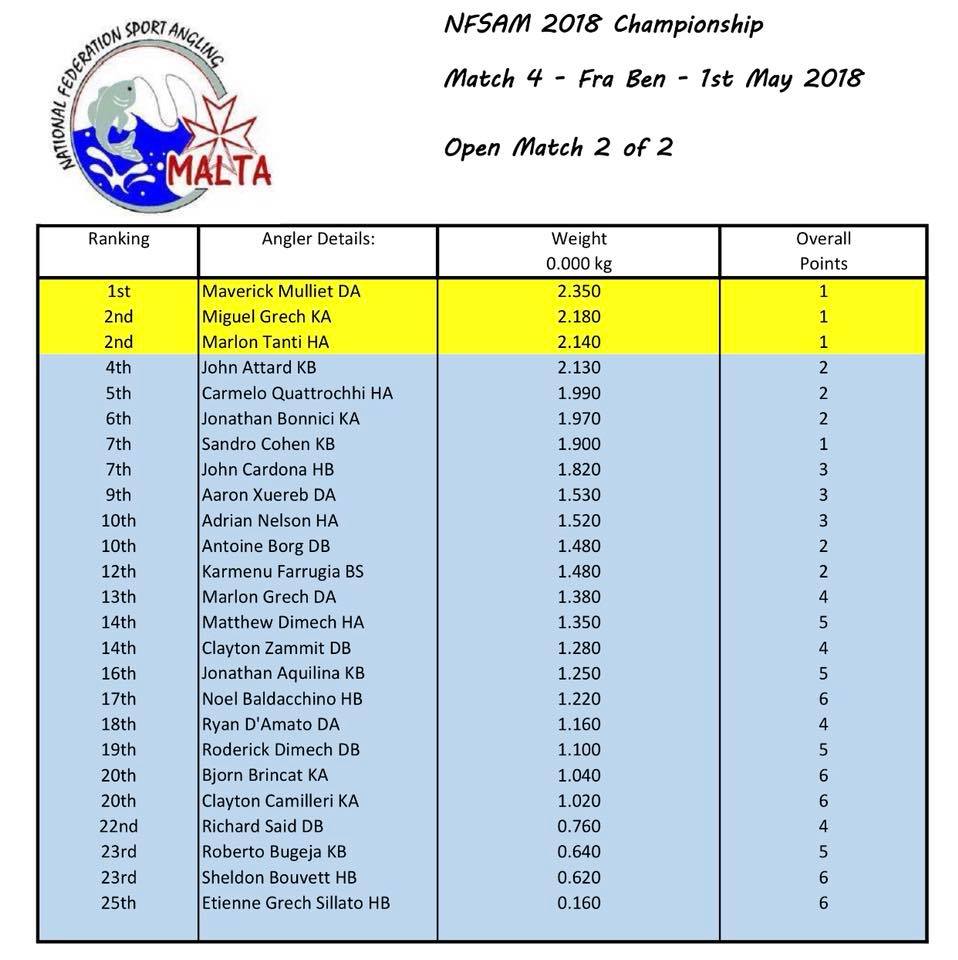 Since this was the final match immediately all Clubs started working the final classifications covering all 4 matches. As soon as they weighed KSFA's Miguel's Grech weight it was evident that the Angler Individual Shield was won by him, were it must be noted that from the four competitions he managed to win his section 3 times and just taking 2 points on the remaining match. Also we as a Club we are very happy that our evergreen President John Attard managed to obtain the 2nd Overall position. John was closely followed by another 5 anglers all having just  2 points between them and the weight deciding their positions. Finishing the Top 7 was our promising angler Sandro Cohen. 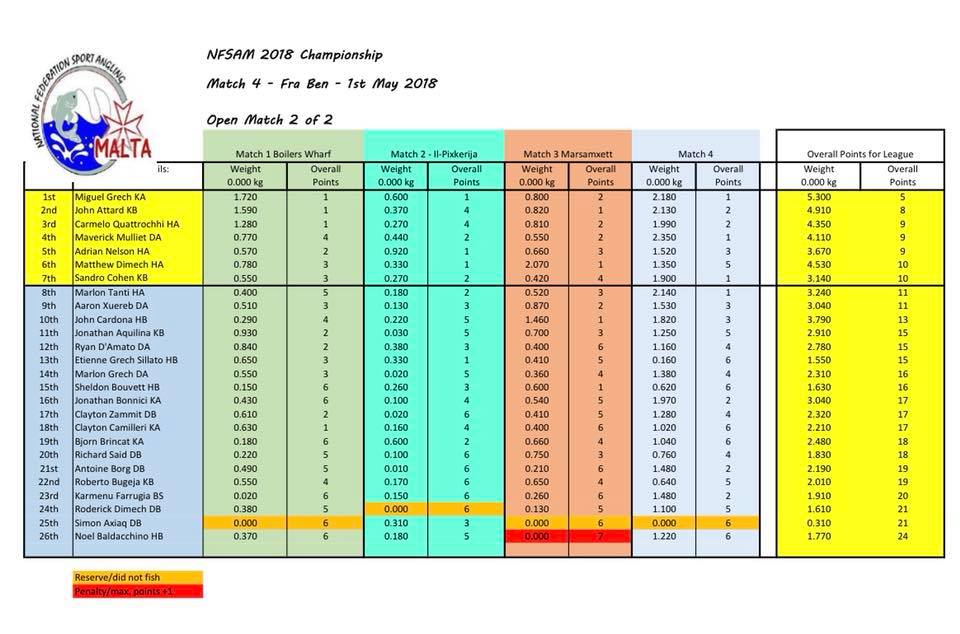 As for the Teams we wish to congratulate Team HOFC A for being the most consistent of all teams and winning the Club Shield for Hook On Fishing Club. KSFA Team B & KSFA Team A finished 3rd and 4th respectively. Here we noted that had John Attard won his section (he lost it by just 10grms) KSFA Team B would have finsihed the league in the 2nd Overall position. 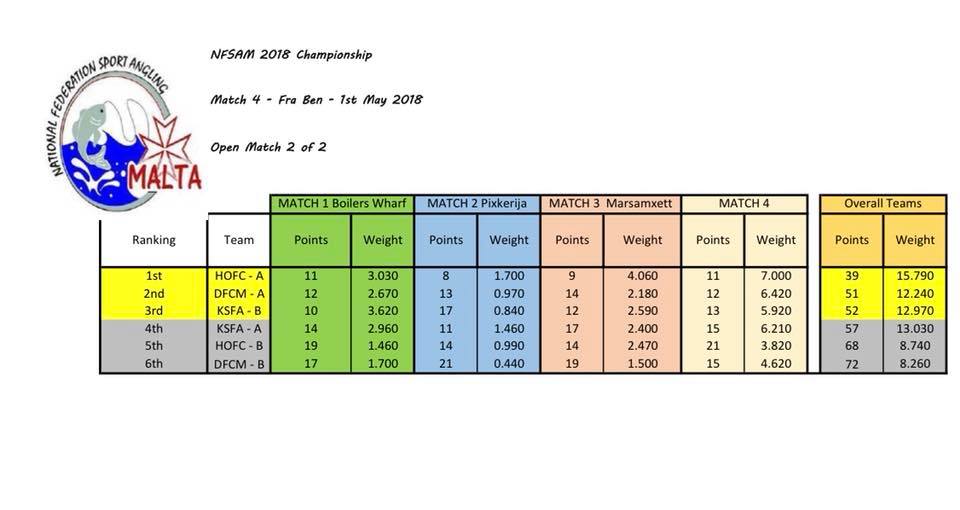 On a final note we wish to thank all our anglers that have given their outmost and best to represent our club in this year's federation and also the Committee of the federation for all the time spent in organising this impeccable league.