Today the 9th of April 2017 was the turn of the KSFA doubles match 4. This originally had to be held in Gozo but due expected strong grigale winds was rescheduled to Boiler Wharf Senglea and at this point we would like to thank Transport Malta who issued us with a permit on such short notice.
This match was a lively and close encounter where fish were quite abundant, these came in the shape of Mackeral (sawrell), Annular Bream (sparli), Pandora (pagell) and even a sprinkle of Kahli and Mullet. All nice shiny silver fish. Oh yes and also a beautiful Sheep Head Bream (Moghza) .

Luke and Maverick took the lead early in the match, starting off with a nice specimen mullet, but as the match progressed, other anglers started catching up, but did not quite make it, and this very talented duo, made it to the end, bagging 1st place with 3.15kgs, which now gives them sole leadership in the league standings. In 2nd place we had Brian Farrugia and Jonathan Bonnici within 2.85kgs and in 3rd place Miguel Grech and John Attard on 2.75Kgs.

The top three after this match are Luke Bullit and Maverick Mugliett 4pts, John Attard and Miguel Grech 5pts and John Azzopardi and Sandro Cohen 6pts.
As usually a big thank you to all our sponsors, especially our main sponsor Mister Fish. 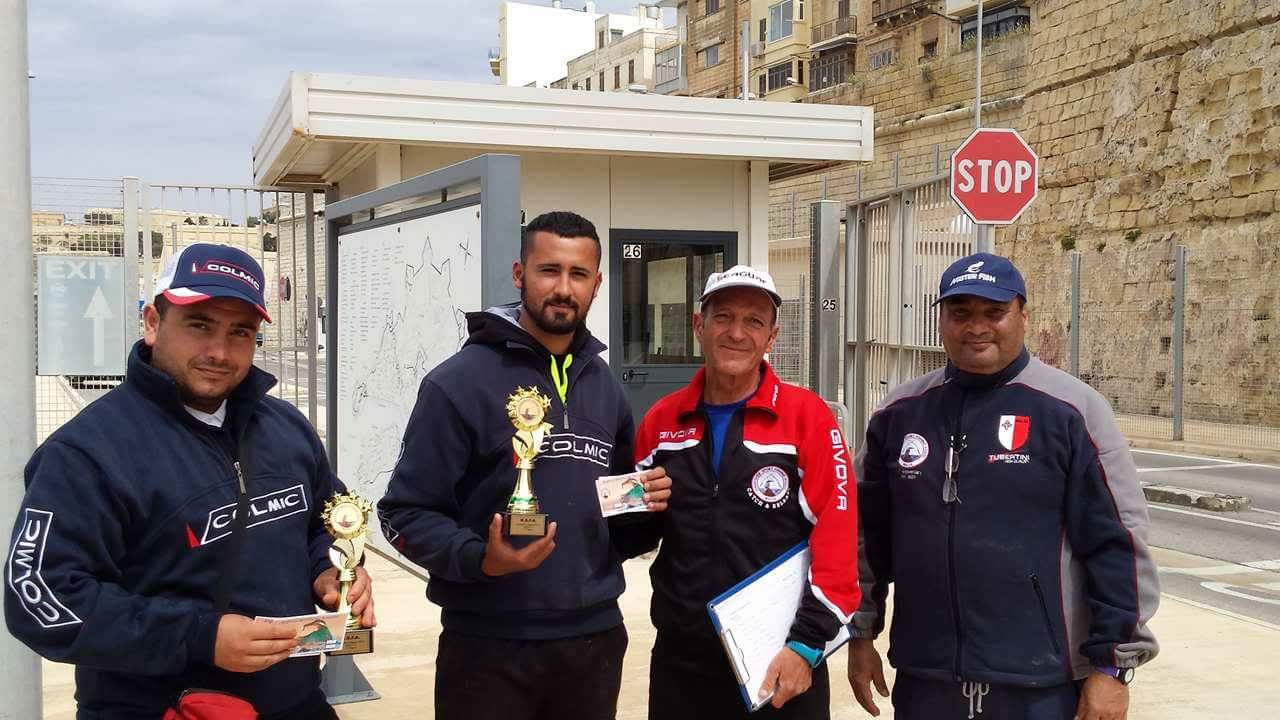 the match in photos