This was fished in sizzling heat where the air tempreture at 0600 was already 30C! So one can ony imagine that a superlative effort was needed to survive 5 hours in such conditions.The match started off at a slow pace but it soon became apparent that Gower was pulling apart from the pack, getting some good Parrot Fish bites (Marzpan). Which fish heably landed for a total weight of 2.11kgs securing 1st place, but following behind was Clayton Camilleri, who came close 2nd with 2.00kgs, in 3rd place we had Jonathan Bonnici with 1.98kgs, a very close affair by any means.

Winners were presented with Trophies and vouchers. All fish were released after weigh in. Qualifying Match 3 shall be held on 9th July venue being Qbajjar Gozo. Bait supplied and subsidised by our Main sponsor Mister Fish, yours and our fishing supply house. 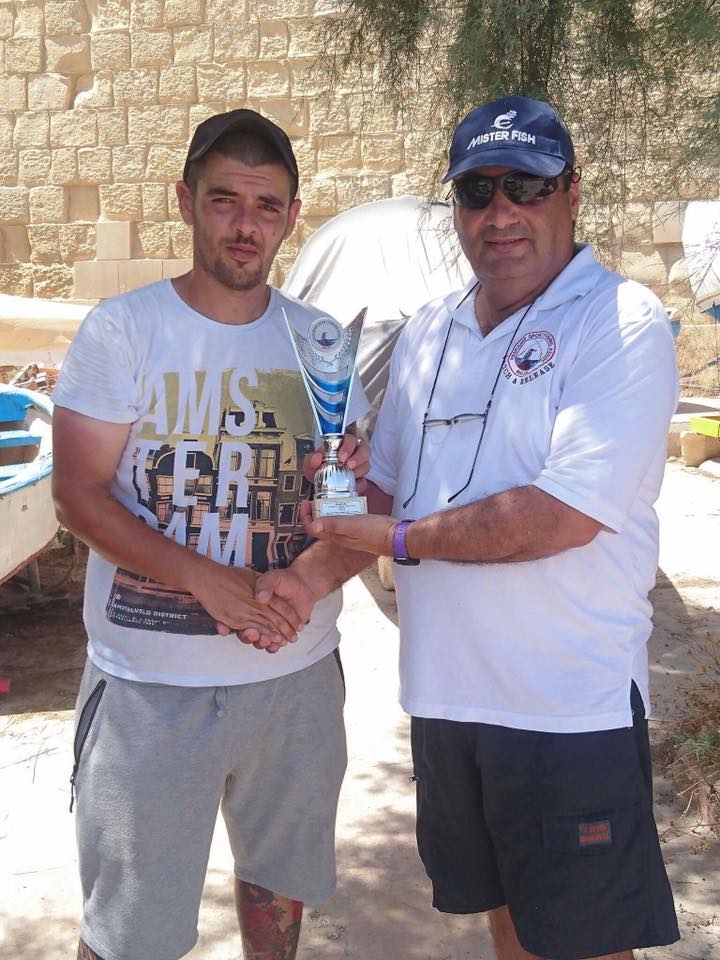 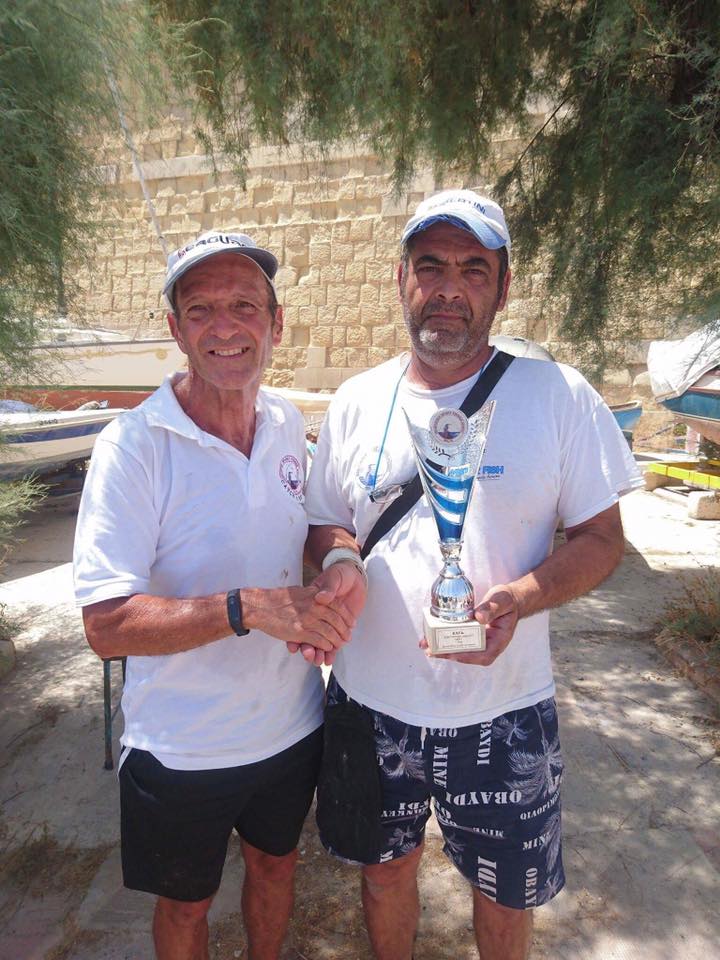 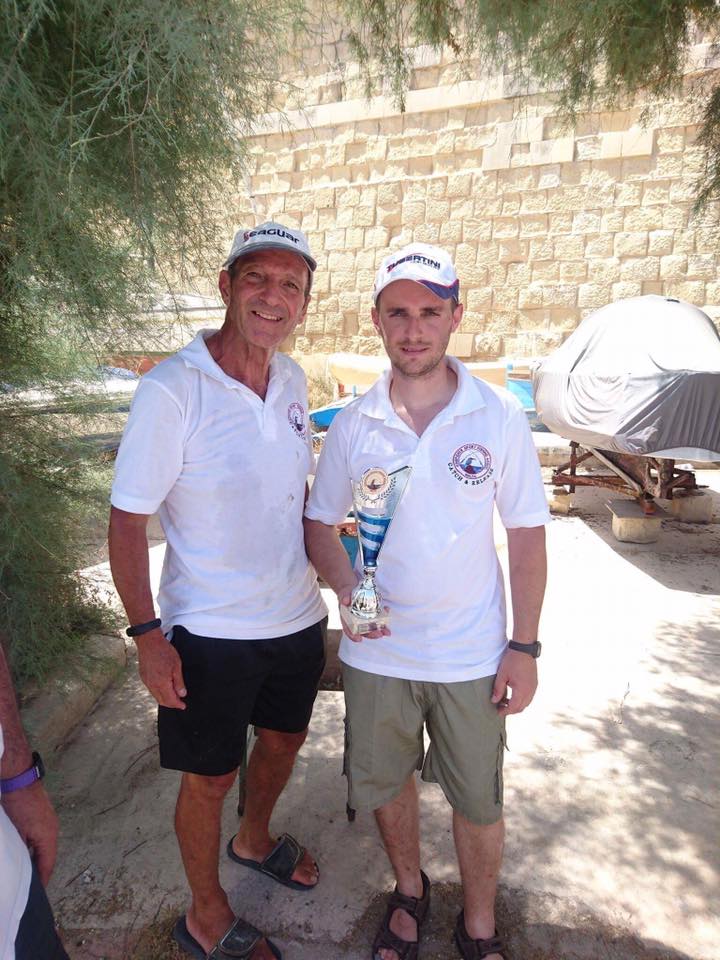