Kevin Cassar sneaks in from behind to make it to the Johnston Finals League matches.

It dawned a lovely and relatively fresh morning, today the 8th of July, where the breath-taking views of Senglea set the scene for KSFA`s Johnston singles league final qualifying match 4. Of course, this relative freshness did not last long, as soon it turned into a typical scorching summer morning. Both heat wise and fish wise, as a lot depended on who would qualify, this being the last qualification match. In fact today saw Kevin Cassar securing a place with the top 10 by winning this match with 1.42kgs and registering a biggest fish, in the shape of a Sawrella of .590kgs just tipping the previous holder Raymond Farrugia by a mere 10grms only.  In 2nd place we had James Gilson on 1.110kgs, followed by John Attard with 0.900kgs. 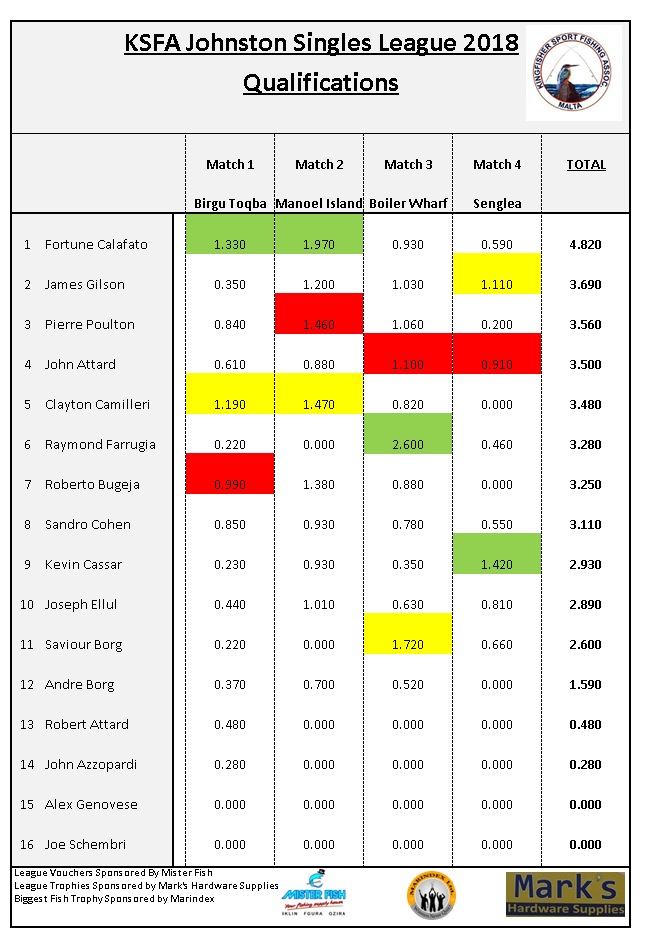 The finals are now all set to be held on the 21st and 23rd September.

Thank you to all our sponsors, especially our main sponsor Mister Fish for the vouchers. Mark`s hardware supplies for the trophies and Mirandex Ltd for the biggest fish trophy.