On the 3rd June, qualifier match 2 from the KSFA Johnston Singles League 2018 was held at Manoel Island. Unfortunately not all anglers could come over due to personal problems. Still a total of 12 competitors were quite eager to compete. At 06:30 competition started, most fish being caught were breams and wrasses. Some competitors were occasionaly catching some decent parrot fish that was a good weight bonus due to the low amount of fish caught. John Attard and Joseph Ellul tried there luck fishing for mullet and although they managed to catch a couple between them it was not enough to finish in the top positions.

Fortune Calafato and Clayton Camilleri seem unstoppable at the moment since in both qualifying matches held to date they always have taken the top 2 positions. At the moment Fortune has a good advantage of abit more of 900grms over 3rd placed overall Roberto Bugeja.

We wish to remind all that Top 10 positions shall qualify for the final stages where all 10 competitors will re-start from 0 weight and league is won on Points basis. 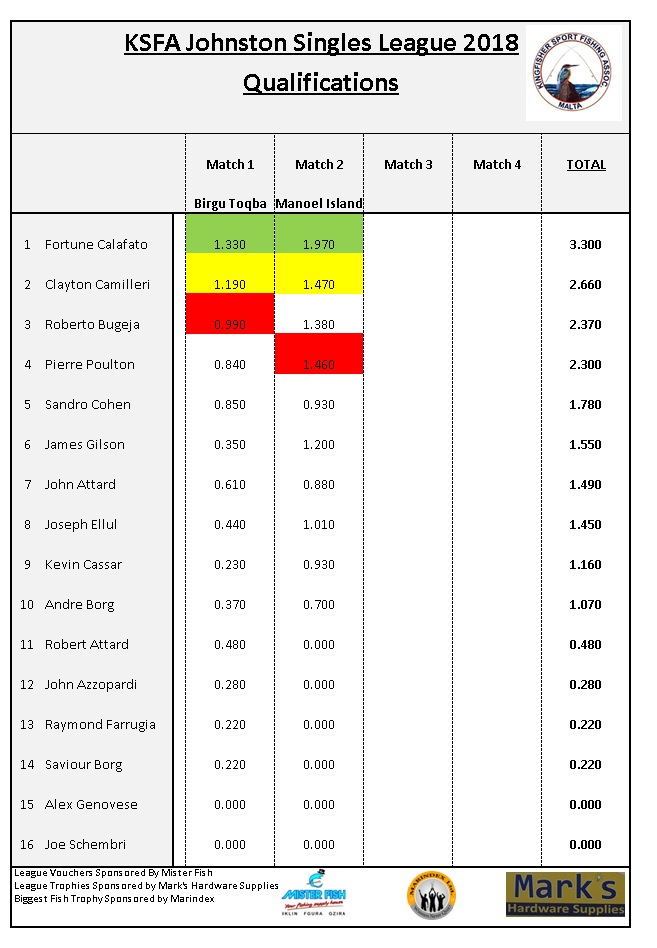