Last Saturday 07th November the final match of this year's Doubles League was held at Delimara next to the powerstation. Before the match a total of 5 teams were in a chance to win this year's league with Aaron Xuereb / Maverick Mugliett & Clayton Camilleri / Jonathan Aquilina having a good advantage on the other 3 teams. 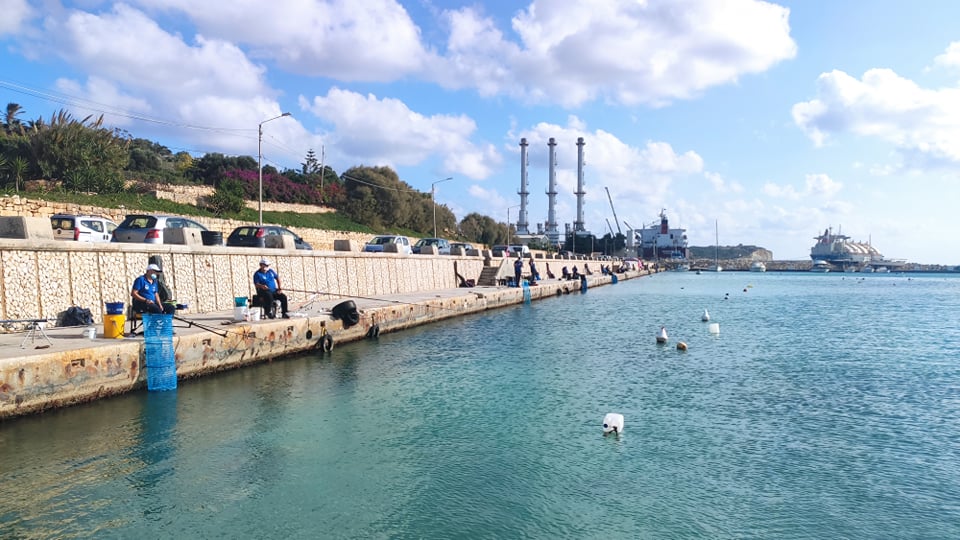 The match started at 13:30 and finished at 17:30.  The match was won easily hands down by Fortune Calafato & James Gilson amassing 3.030kgs. Second place was won by Carmelo Quattrocchi & Miguel Grech with a weight of 1.470kgs and third overall was won by John Attard & Sandro Cohen with a weight of 1.180kgs. Sections were won by Clayton Camilleri / Jonathan Aquilina & Kevin Cassar / Saviour Borg.
James Gilson also managed to catch a nice mullet of 800grms thus winning this year's KSFA Colmic Doubles League Biggest fish trophy.
Now what about the top 3 of this league, Miguel & Carmelo were this evening crowned Champions of KSFA doubles league, after pipping to the post Jonathan Aquilina & Clayton Camilleri by weight as both had the same amount of points but had to settle for 2nd place. In 3rd place we find Maverick Muliett & Aaron Xuereb. Well done to all!
As usual a huge thank you to our sponsors Fiona & Silvio Farrugia of Angler Thinkfish, for the vouchers Colmic Italia, Al Legna and Marindex for the biggest fish Trophies.