KSFA MALTA > Poulton wins but ...... It is all to decide in the final marshall's match in KSFA singles

Poulton wins but ...... It is all to decide in the final marshall's match in KSFA singles

Pierre Poulton managed to win the match, and helped him also to advance in the singles table. The match took place at Birgu (Toqba). There was a low North Easterly swell, with some pegs having nice cloudy water. Some opted to fish for mullet, while others preferred to fish for bottom fish.

Poulton adopted good on to the peg he was fishing and did a good speed fishing session which saw him catching mainly 3 different type of fish which were Picarels, damselfish and bogues.

Amount of fish caught was quite good with some nice bream landed in the first hours of the match. Yet as time passed, bites became less frequent. Salvu Borg who opted to target mullet managed to land 2 nice specimens, which he fished for quite a long time in the competition.

On the other hand, the first section in which most competitors had a good chance of placing in the league, was won by James Micallef with 1.61kg, followed by Fortune Calafato and Stefan Borg.

Although Micallef will not fish the marshal’s match, the former still has a very good chance in placing in the KSFA 2012 league.

After the match fish were weighed and released to their natural habitat to fight another day. This catch and release method has now became a normity in all KSFA league matches. 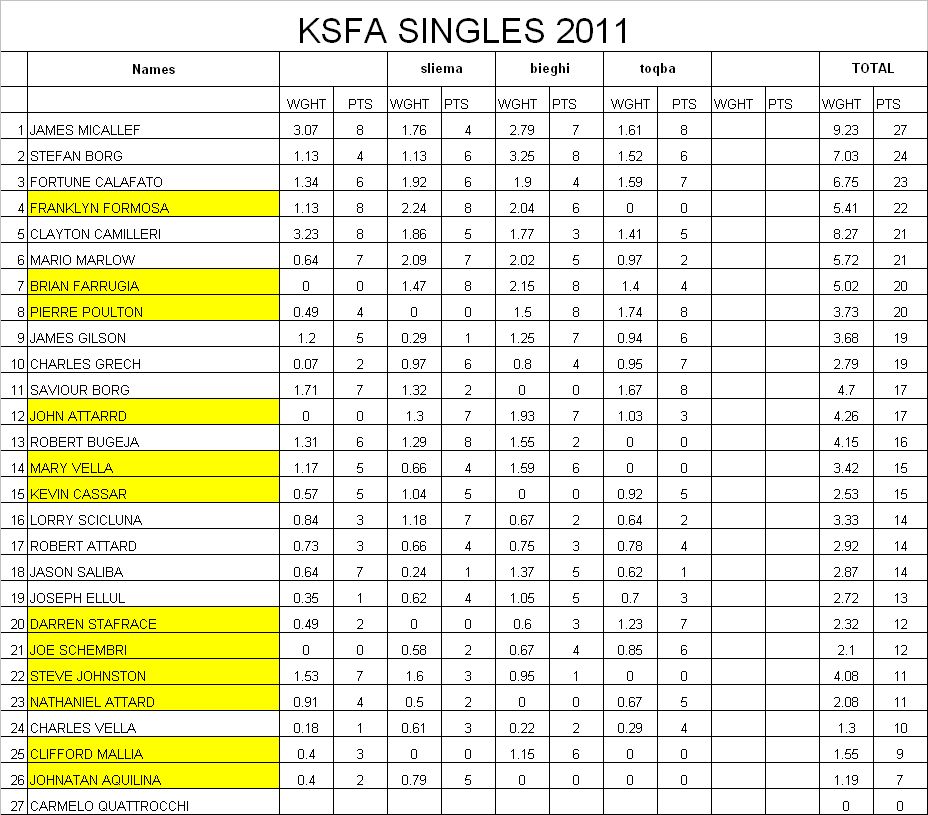