KSFA MALTA > Franklin Formosa off with a flying start

Franklin Formosa off with a flying start

Winner of match 1 of the prestigiuos Kingfisher Sport Fishing League 2012 had a good start with 1.88KGS of mixed bottom fish mainly caught on pater noster rigging.

Kevin Cassar also had a very good match on the day when fish bites were a little bit scarce. He managed 1.74KGS of sea breams and parrot fish caught on a 9mtr hand pole with fine lines .... quite a feat considering landing parrot fish on 0.10mm fluoros.

Veteran but evergreen John Attard with a style of his own did a great match netting a 1.26KGS.

For match photos join our facebook group in here https://www.facebook.com/groups/kingfishermalta/

The match was held in Bighi Kalkara ..... next match will be in Valletta Pixkerija on 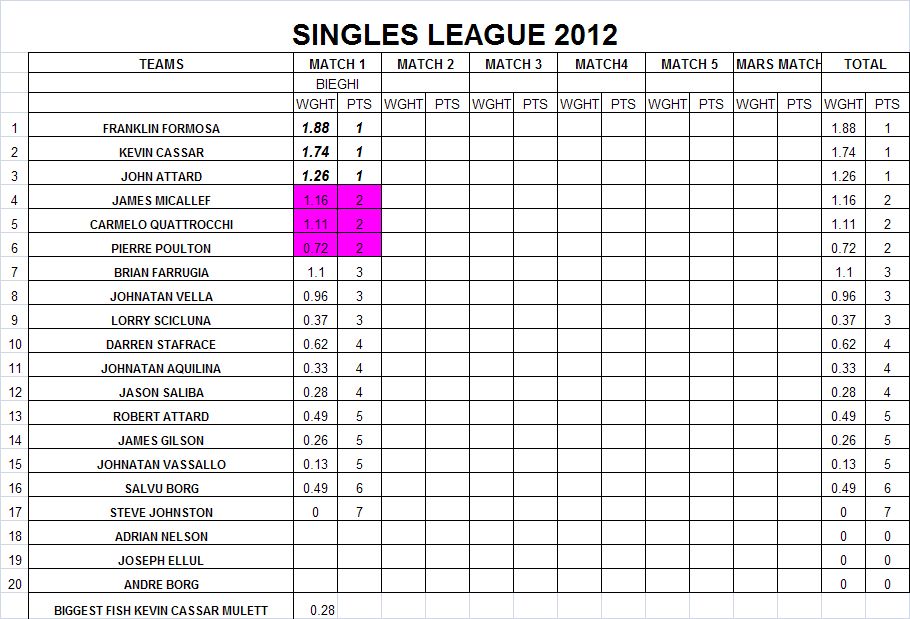