The Borg's impressed once again when clinching to first place, with a weight of 3.36kilos with a mixture of fish, varying from small mullets to parrotfish. This match was fished in Birgu Toqba with all doubles teams full of belief in  making it to the top classification positions. Weights were more and less the same, with the fish caught varies from small mullet, bream, wrasses and some nice parrotfish and a small grouper caught by the veteran Mary Vella, which also came in second place, along with her partner Darren Camilleri. Third on the day went to newcomers to the competition scene, Darren Stafrace and Jason Saliba with a good weight of 1.77kilos. Meanwhile Franklin Formosa and Robert Attard kept their pace in the top position, as they led their section and clinched the 1 point. 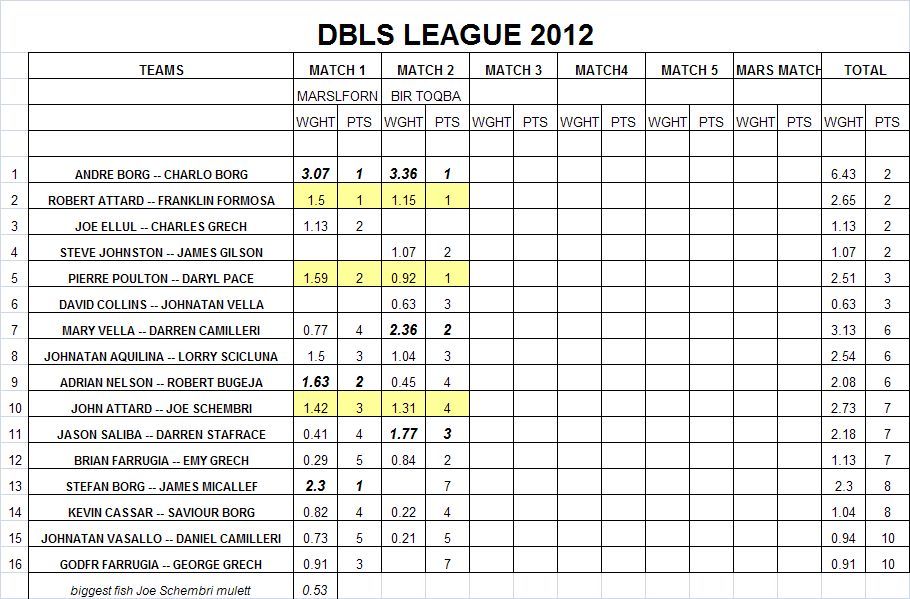