KSFA`s 3 singles match was held today the 9th of July at The Deep-water quay Marsa.

This match started earlier than usual, at 06:15 and finished at 10:15. A total of 22 competitors took part and much was expected from this venue that had not been fished for quite a couple of years. And to a certain extent did not disappoint as some nice specimen mullets were caught on paternoster rigs, together with a nice Gilthead Bream (awrata) weighing in at 1.21kgs on a .12mm line, this was superbly landed by Sandro Cohen.

Today's winner Aaron Xuereb, had a great day landing no less than 2.610kgs, but the winner for Aaron was a White Bream (Sargu - picture below, and weblink of video clip) of 0.740kgs landed within seconds of the final horn. In 2nd place we had the return of what was once a junior Kingfisher now no longer junior of course Yauman Law with 2.58kgs, and in 3rd place Brian Farrugia with 2.5kgs.

A total of 40.57Kgs of fish were caught which after weigh in were released back in the sea. Winners were presented with trophies and vouchers.

Next match (Final match from the Qualifying Matches) shall be held on the 23rd July, venue to be determined.

Thank you to all our sponsors, especially our main sponsor Mister Fish. We would also like to thank TM, for making it possible for us to fish Deep Water Quay. 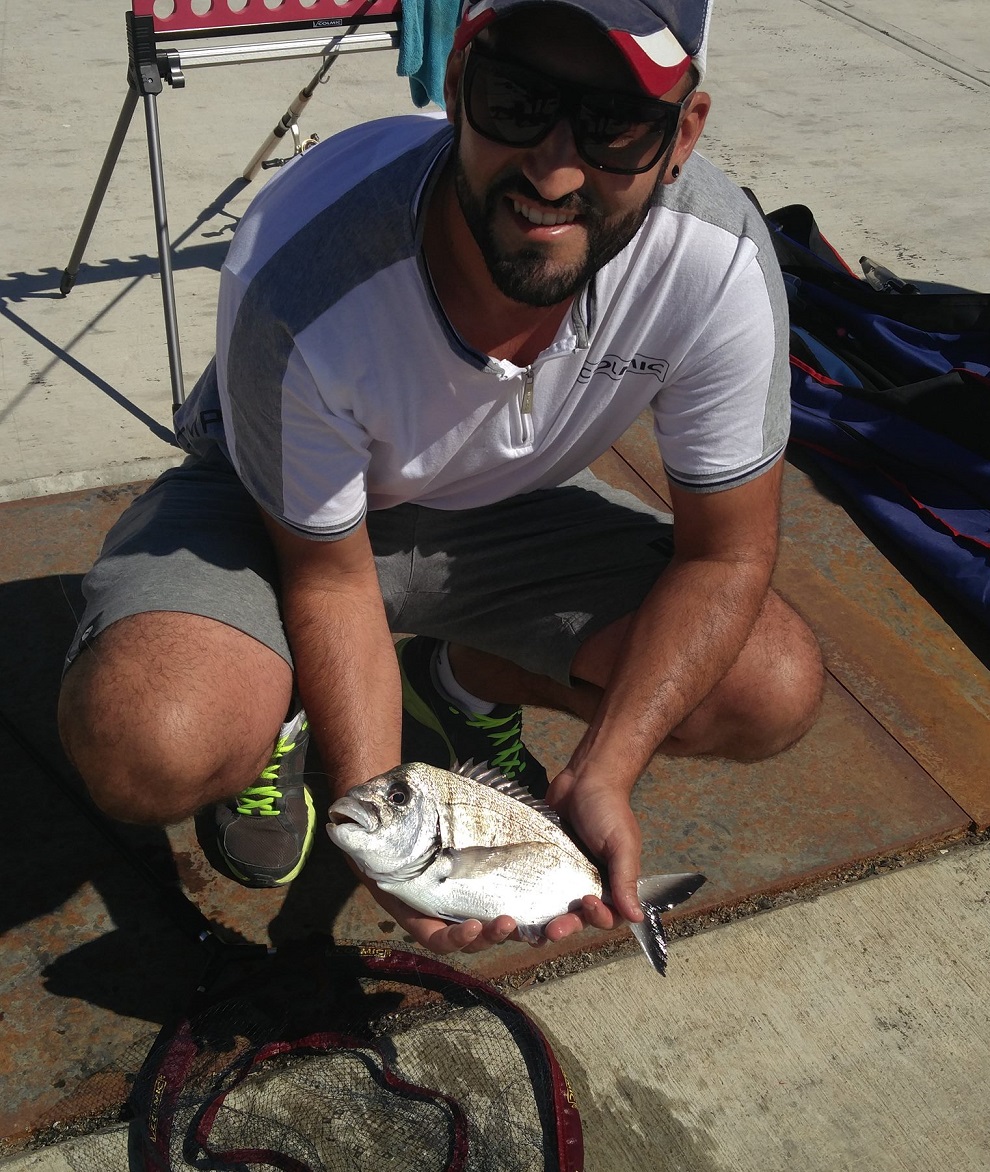