A run through the KSFA Doubles League 2018

On the 7th January our Club had it's Annual General Meeting and since the KSFA Al Legna Doubles League starts a couple of days afterwards the competitors started chatting about the Doubles League at the dawn of 2018. This year there was a main difference that technically affected all Fishing competition Clubs in Malta. The National Federation imposed a new Rule that A member can register with just 1 Club only. As for the committee this was something that they needed to work on since we needed to attract members in registering with our Club and not others. Finally on the registration we had an increase from last year, a total of 11 Teams registered.

It was a really close call where till the final match all Top positions were up for grabs.

Finally the league was won by the Team composed of Jason Saliba & Jonathan Aquilina with just 7 penalty points. They build a good advantage on all other teams since for the for the first 2 matches they managed to win both matches as overall winners. In Gozo, Xlendi they managed to obtain 2 points and on the 4th match, (their final one since they were marshalls for the match) they did not close the league matematically since they only managed 3 points. If at Birgu they would have taken 2points instead of 3 things would have been alot different since they would have been crowned champions with one match to spare.

Second place overall was won by Team composed of Bjorn Brincat & Miguel Grech. They had an awesome league had it not been Match 2 at Corinthia San Gorg. From 4 matches they had obtained three times the "1" penalty point but disaster striked for them since at Corinthia they got the 5 points. It damaged their good run but still in the last match they managed to climb from 5th overall to finish the league in 2nd place. 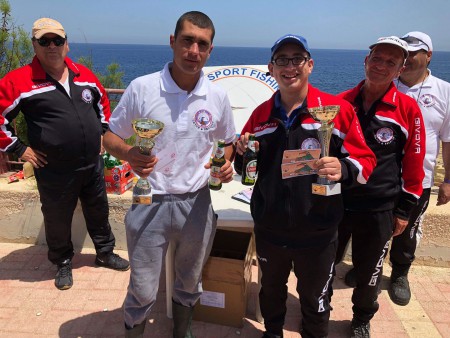 The last place of the podium was won by Club Secretary Jonathan Vella & fishing maniac Joseph Ellul il-Gower. Although they never managed to win the match overall they managed a credible 2nd & 3rd place overall during the matches. Also in the other matches they never went beyond the 2 penalty points and their consistency at the end proofed rewarding since they managed the final 3rd spot of the Classification.

Fortune Calafato - as soon as you hear his name you just see a very professional angler, sponsored by Colmic. During match 4 at the Grand Habour Marina he managed to catch the Biggest Fish for this League. A nice mullet of 690grms. Well Done! 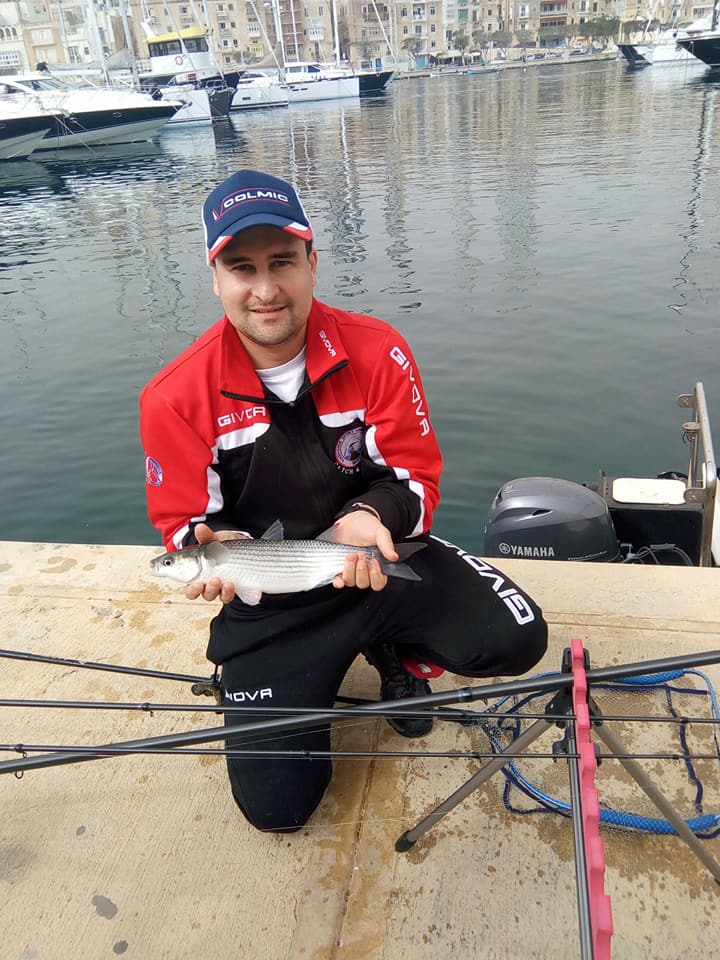 For all the above to be a Success we wish to Thanks mainly the anglers for their always support, Mister Fish who was the sponsor of all the League Vouchers Won during the league, Al Legna Pizzeria for sponsoring all League Trophies and last but not least Marindex Ltd Sponsors of the Biggest Fish Trophy.